Congress MLA's "Headstand Protest" After Official Refuses To Meet Him

Madhya Pradesh: Congress MLA Babusingh Jandel along with his supporters and some farmers had gone to the collector's office in Sheopur 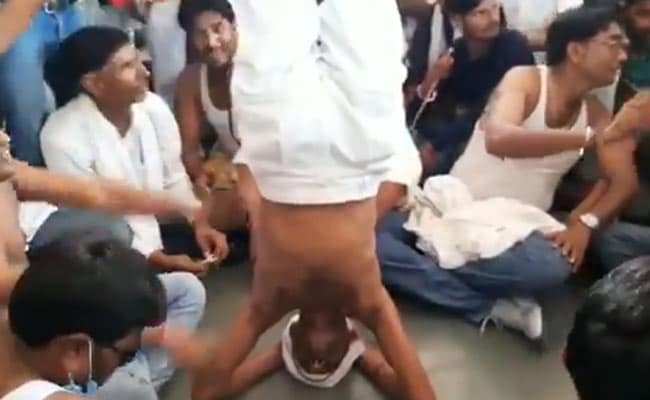 A Congress MLA in Madhya Pradesh performed a headstand in protest against a local collector not meeting him.

Congress MLA Babusingh Jandel along with his supporters and some farmers had gone to the collector's office in Sheopur, some 390 km from state capital Bhopal, to demand raise in compensation for land acquired by the government to build the Atal Expressway.

However, the collector did not turn up. Waiting in the heat for a long time with a memorandum of demands in his hand, Mr Jandel asked his supporters to sit down right there and start shouting slogans.

Soon, the protesters led by the Congress MLA took off their shirts. In visuals, the MLA is seen doing a headstand without his shirt. He is surrounded by shirtless supporters as they chant slogans against the government.

None of them are seen maintaining social distancing or wearing mask amid the coronavirus pandemic.