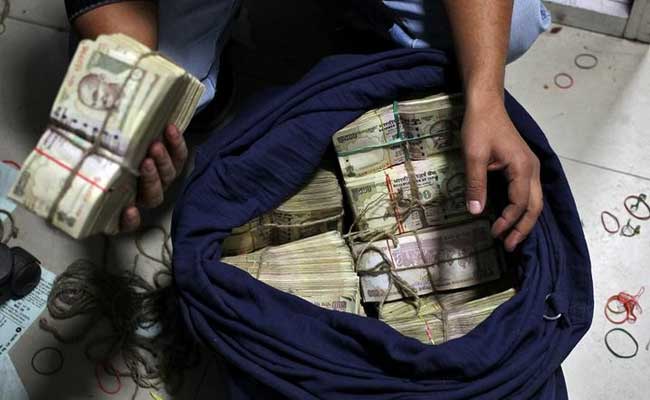 Demonetised notes with the face value of Rs 4.76 crore were recovered in Godhra (Representational)

Demonetised currency notes with the face value of Rs 4.76 crore were recovered in Gujarat's Godhra town and two persons were held in this connection, police said today.

The two men were arrested following a raid conducted by the Special Operations Group (SOG) of Godhra police on Tuesday night, a statement issued by the state Anti Terrorist Squad (ATS) said. The ATS had given a tip-off about it.

During the raid, the police caught Zuber Hayat and Farookh Chhota. However, key accused, Idrish Hayat, managed to escape during the operation, it said.

Based on a specific tip-off that some persons were involved in illegal transactions of scrapped notes, the Godhra SOG first raided a place near Med Circle and recovered five bundles of such notes of Rs 1,000 denomination from Chhota, it said.

After his interrogation, the SOG team reached Dhantya Plot area of Godhra and found several bundles of old currency notes hidden in a car and a house owned by Idrish Hayat and his son Zuber.

While Idrish managed to esccape, his son was caught by the police, the ATS said.

"Idrish Hayat is already facing similar charges and he is missing since the last two years in a previous case. The Godhra SOG will conduct further probe about what the accused planned to do with these notes, which were scrapped by the government in 2016," Panchmahal Superintendent of Police, Leena Patil, said.