Delhi temperature: The IMD has declared a cold wave in Delhi as icy winds blowing from snow-covered western Himalayas brought the minimum temperature down sharply in the city 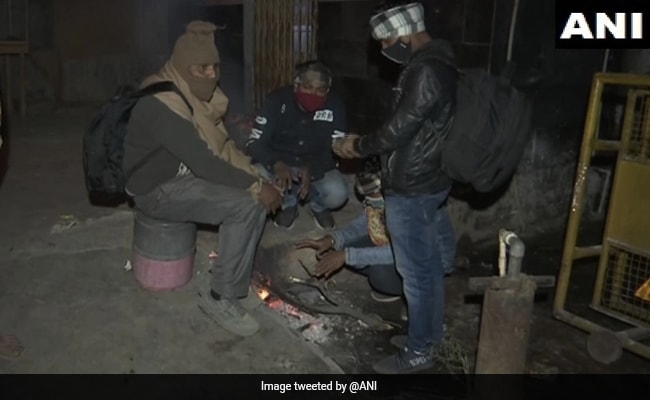 Delhi cold wave: People sitting near fire to protect themselves from cold in Anand Vihar

A cold wave has gripped large swathes of North India including Delhi. The minimum temperature recorded in Delhi-NCR today was 3.5 degrees Celsius. The cold wave condition prevailing for the last three days will continue till Friday, the India Meteorological Department (IMD) said. The severe cold conditions are likely in some pockets in Delhi, Punjab and Haryana and Chandigarh in the next 24 hours. A cold wave in Delhi has been declared as icy winds blowing from the snow-covered western Himalayas brought the minimum temperature down sharply.

"The Western Himalayas recorded widespread snowfall due to strong western disturbances and now frosty winds have been blowing towards the plains, bringing the mercury down," Kuldeep Srivastava, chief of the IMD's regional forecasting centre said, adding that both "cold wave" and "cold day" conditions are likely in Delhi today and tomorrow. 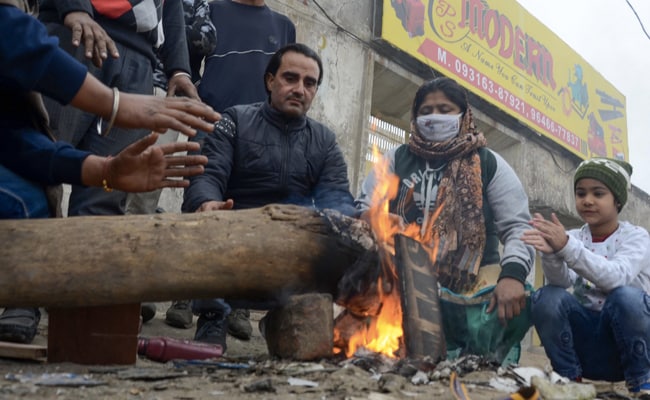 The IMD declares a cold wave when the minimum temperature is 10 degrees Celsius or below and is 4.5 degrees less than normal for two straight days. "For small areas such as Delhi, a cold wave can be declared if the criteria is fulfilled even for a day," Mr Srivastava told news agency Press Trust of India. The capital recorded its coldest day of the season on Tuesday, when temperatures dropped to four degrees.

Srinagar, the summer capital of Jammu and Kashmir, experienced the coldest night of the season on Wednesday. The mercury plummeted several degrees below the freezing point, officials of the meteorological department said. All the weather stations in the valley recorded sub-zero night temperature due to clear skies.