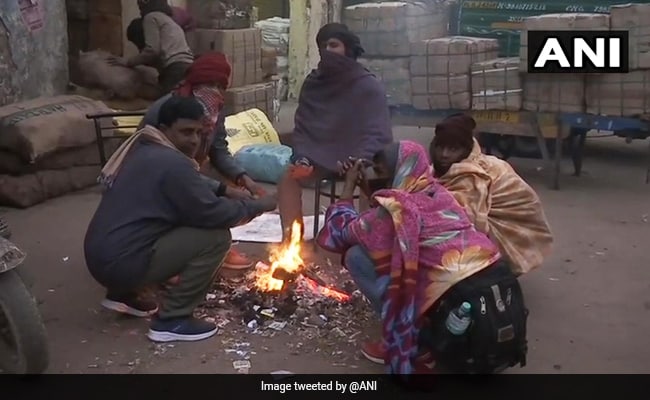 On New Year's Eve, Delhi shivered at 3.3 degrees Celsius, the lowest temperature recorded in the season so far. Icy winds swept through the city bringing the temperatures down sharply, the India Meteorological Department (IMD) said. The minimum temperature in Delhi is 4 degrees below the normal at this time of the year. The city is likely to get rainfall from the night of January 2 and another spell of  intense cold wave is expected in the second week of January. The IMD said, the mercury may drop further on New Year's Eve and similar conditions are expected in parts of the city over the next three days.

"Scattered to fairly widespread" due to a western disturbance led to snowfall in Jammu and Kashmir, Ladakh, Himachal Pradesh and Uttarakhand and cold, dry northerly winds from the western Himalayas have been barrelling down the plains, bringing the minimum temperatures down in north India, Kuldeep Srivastava, chief of the regional forecasting centre of the IMD, said told news agency Press Trust of India.

The air quality in Delhi was recorded in the "poor" category. The city's air quality index (AQI) was 237 at 9 am. Officials at IMD said favourable wind speed, up to 15 km per hour is likely to disperse the pollutants.

Ahead of New Year's Eve, the Delhi government has said no public gatherings will be allowed in the city tonight and tomorrow between 11 PM and 6 AM to restrict the New Year celebrations. The centre had asked the states to consider restrictions and tone down the New Year celebrations after fresh infections caused by the new mutant coronavirus strain - believed to be significantly more infectious - were reported across the country during the intense cold weather.