The Congress says it is agreeable to giving Delhi full statehood, except in the areas controlled by the New Delhi Municipal Council. 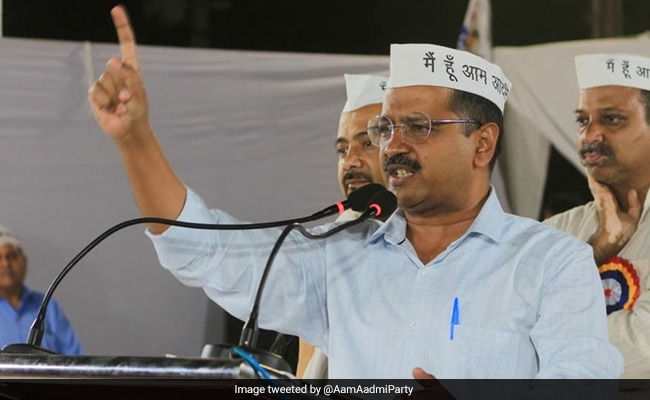 Arvind Kejriwal has said his party needs alliance in Haryana and not in Delhi.

The Congress says it is agreeable to giving Delhi full statehood, except in the areas controlled by the New Delhi Municipal Council.

These include the heritage area of Lutyen's Delhi that houses ministers and political leaders, Connaught place, the commercial heart of the capital, the landmark India Gate, Raisina Hill - the seat of the Central government - Rashtrapati Bhavan and parts of posh South Delhi, including the diplomatic enclave of Chanakyapuri, which hosts a majority of foreign embassies.

The JJP, which is alliance talks with AAP, wants to contest four of the state's 10 Lok Sabha seats. The Congress is not ready to concede as many.

Arvind Kejriwal has said his party needs alliance in Haryana and not in Delhi, where it can hold its own against the BJP.  Last month, he called the Congress and JJP for a tie-up in Haryana, saying if the three parties combined, the BJP would not win even one seat in the state, which it has been ruling since 2014. Assembly elections are due in Haryana later this year.

Like the Congress's Delhi unit, the Haryana unit is not keen on an alliance with AAP in view of the assembly polls. But it has left the decision to party chief Rahul Gandhi.

At Mr Gandhi's last meeting with the Delhi Congress, the leaders who earlier voted unanimously against an alliance, agreed to a coalition in principle. But they have left the final decision to Rahul Gandhi.