The Faqir Chand Book Store was opened by Faqir Chand back in the year 1951 and is now looked after by his great-grandson, Abhinav Bahmi. 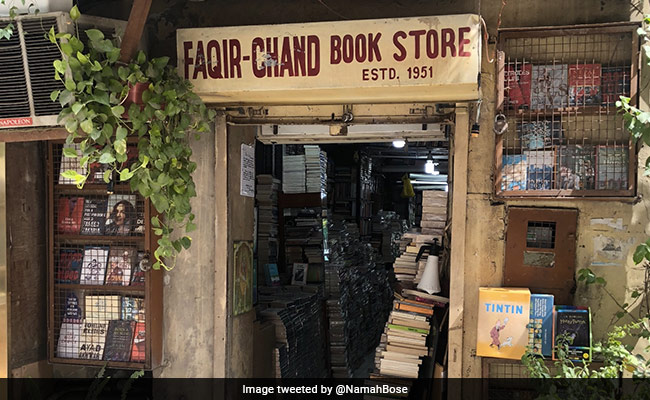 Faqir Chand and Sons bookstore, located in the upscale Khan market in Delhi, is one of the most iconic places in the capital. The shop was opened by Faqir Chand back in the year 1951 and is now looked after by his great-grandson, Abhinav Bahmi. Mr Bahmi told Humans of Bombay that his great grandfather had moved to Delhi after Partition and established the bookstore.

“So, I've grown up surrounded by stories but I learnt about my great grandfather's legacy much later,” said Mr Bahmi.

He shared that his father would read stories to him every night and it was during one such session that he got familiarised with the rich history of the Faqir Chand bookstore. Mr Bahmi said that while people advised his great grandfather against opening the store, Mr Faqir Chand "stood by his love for books."

For Mr Bahmi, the store sparked his love for books. He began to visit the store after school and spend hours there.

“I wouldn't even notice the setting sun or growing moon. All I cared about was being sorted into the right Hogwarts house and taking the night train with Ruskin Bond,” said Mr Bahmi.

His love for the store was such that after his graduation, instead of bagging a job like most of his friends, Mr Bahmi chose to run the iconic store. He also highlighted the perks of owning such a famous store and said that he gets to meet eminent personalities like journalist Ravish Kumar and author Arundhati Roy. "They've all had their book signings here!" he said.

Highlighting the fame that the store has garnered over the years, Mr Bahmi said once a man visited the store who would come there as a child with his father. In another instance, a boy came all the way from Himachal Pradesh just to buy a book from the Faqir Chand bookstore.

Mr Bahmi said while he isn't sure what draws people to the place, but people from across the world come visit the book store.

Faqir Chand and Sons has endured the vagaries of time and continues to stand strong.