Petrol pump and petrol tankers could be targeted to spread terror, said sources. 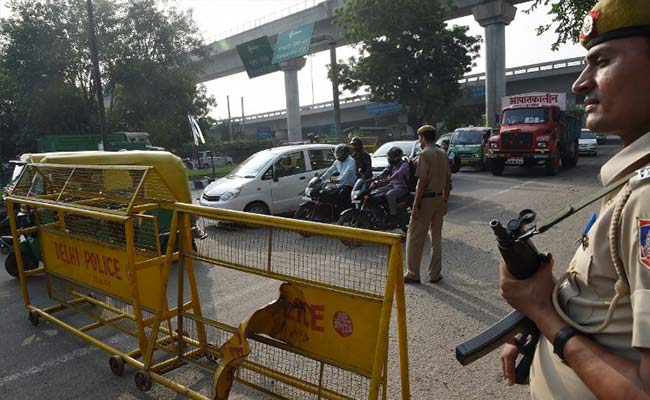 The Delhi Police Commissioner on Saturday held a meeting with other officials to review security preparedness ahead of the festival season.

Petrol pump and petrol tankers could be targeted to spread terror, said sources.

The police personnel have been asked to increase anti-terror measures to fight off any untoward incident.

In mid-September, the two terrorists from Pakistan's spy agency, ISI, were caught by the Delhi Police as they were planning to carry out blasts on bridges, railway tracks, and large gatherings in India, sources told NDTV. Around 1.5 kg RDX was found on them when they were caught by the Special Cell.

"Such a large quantity of RDX is enough for wide-scale destruction," the officials who are privy to the investigation said.

Sources claimed that the role of sleeper cells has also emerged during the interrogation.

The spillover effect from Afghanistan, where the Taliban is now firmly in control, could result in terror attacks in Delhi, said sources, adding that the terrorists may draw support from the local populace.

Landlords, shopkeepers will have to be vigilant, said police officials.

Cyber cafes, chemical shops, parking lots, scrap dealers will be thoroughly monitored for any unlawful activity. Civilians have been urged to get in touch with police if they suspect anything out of the ordinary.

There will be regular patrolling from 5pm till midnight in busy, crowded areas, said officials.