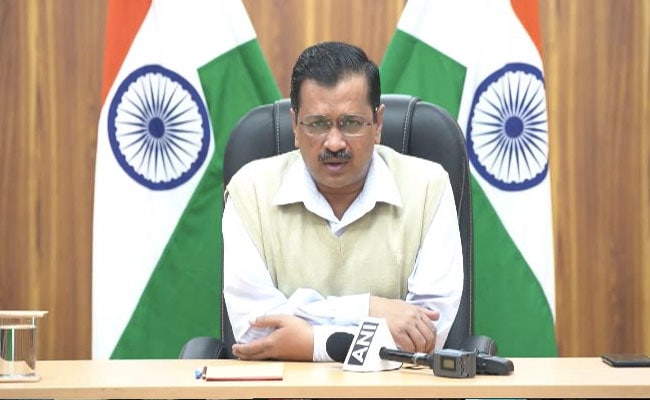 Delhi Chief Minister Arvind Kejriwal today said the city is prepared to deal with the new mutant strain of coronavirus if need be. Concerns about the mutant strain from the UK -- said to be 70 per cent more infectious than the existing strain -- has spiked after the Centre announced this morning that six people returning from the UK have tested positive for it.

Mumbai -- which suffered the worst from Covid -- had announced night curfew last week.

Pointing to ups and downs faced by the national capital since the Covid outbreak reached in January, Mr Kejriwal said there have been three waves of coronavirus in Delhi.

"At one point, 8,500 corona cases were coming to Delhi every day, which was the highest in the world. But the Delhi people controlled the corona," the Chief Minister said.

In September-October, when the numbers inn Delhi had peaked, the Centre had announced a series of measures for the national capital, which included making arrangements for more beds and flying in doctors and para-medical staff from the army.

The Delhi government was pulled up for laxity by the Supreme Court, which said not enough was done to control the spread of the virus during the festive season and in view of winter.

"No timely measures were taken to increase ICU beds or testing capacity. Those in home isolation were not properly traced and private hospitals also disregarded the discharge policy," the Centre had told the court.

This time, of the six patients who tested positive for the new strain, three are in NIMHANS, Bengaluru, two in Centre for Cellular & Molecular Biology, Hyderabad and one in National Institute of Virology, Pune.

The new strain, which surfaced in the UK in September, is believed to be 70 per cent more infectious and has resulted in a huge spurt of cases there. Doctors, however, said there is no reason yet to believe that it can cause more fatalities or cannot be controlled by the existing vaccines.

The Centre is starting a special genome sequencing project not only for arrivals from the UK but also 5 per cent people who tested positive in the country to check on the possibilities of mutation here.