Union Minister Gajendra Singh Shekhawat had alleged the Congress government in Rajasthan had been tapping phones of public representatives illegally. 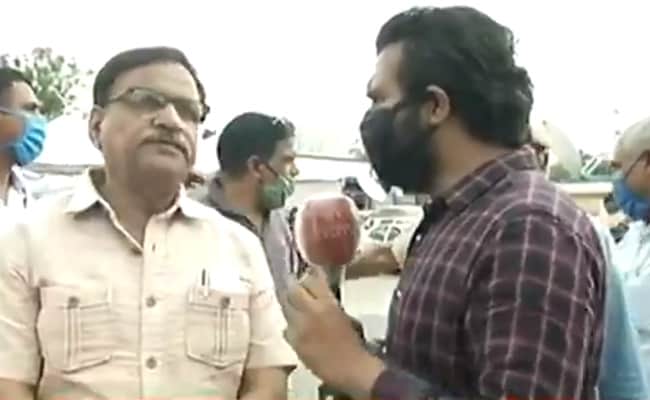 The Delhi Police Crime Branch on Tuesday served notice to Rajasthan Congress leader Mahesh Joshi to appear before it on June 24 in connection with the alleged phone tapping case that came to light earlier this month.

Union Jal Shakti Minister Gajendra Singh Shekhawat had alleged that the Congress government in Rajasthan had been tapping phones of public representatives illegally and using them as a political weapon.

Speaking to ANI, Mr Shekhawat had said, "Present Congress government has been engaged in phones tapping of public representatives illegally and using it as a political weapon. This has been alleged many times. Last year, Chief Minister (Ashok Gehlot) said that it does not happen in Rajasthan but his minister admitted in the Assembly that phones were tapped illegally."

Several MLAs and ministers in Rajasthan have also raised the issue.

"I do not know whether my phone is being taped or not. But many MLAs have said that mobile phones are being taped. Many officials also told them (MLAs) that it seems that there are efforts to tap them. MLAs have informed this to chief minister also," Congress MLA VP Solanki told ANI.

"Rajasthan Government does not indulge in tapping phones. It is not our character. If an MLA says that his phone is not tapped but mentions other MLAs who say that their phones have been tapped, then he should reveal those names and speak to the chief minister," Mr Khachariyawas said.

The allegations of phone tapping of MLAs come at a time when there has been a prolonged tussle between Rajasthan Chief Minister Ashok Gehlot and Sachin Pilot.

On June 11, Congress Leader PR Meena had raised concerns over addressing the issues raised by Mr Pilot, adding that the panel formed to resolve the differences between the two leaders has not come up with a solution.

In July last year, Mr Pilot had rebelled against Mr Gehlot and accompanied by MLAs who supported him had camped in Haryana. Mr Pilot finally announced his return to Rajasthan after the Gandhi family intervened and reportedly assured him that his grievances would be addressed. A committee was also set up under Ajay Maken to look into the issues raised by Mr Pilot and his camp.