The petition filed in the Delhi High Court claimed that "Republic Day", instead of "Independence Day", was printed everywhere on the official notification other than its heading. 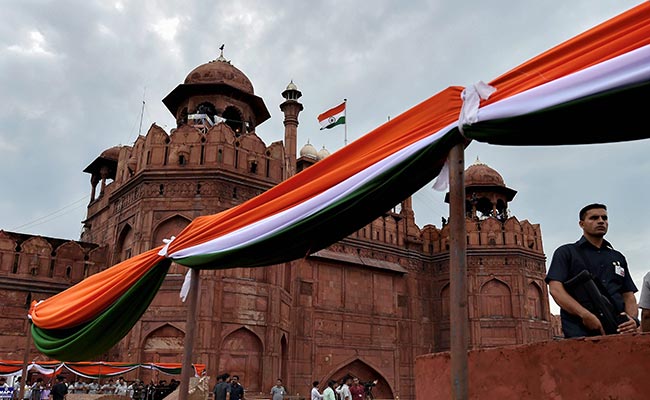 Preparations for Independence Day are going on at full swing in Delhi.

The Delhi Police allegedly referred to the country's Independence Day on August 15 as "Republic Day" in a recent advisory, resulting in a petition being filed against it in the national capital's high court on Tuesday, news agency ANI reported.

According to the news agency, the petition moved in the Delhi High Court claimed that the South Delhi unit of the police department misprinted "Independence Day" as "Republic Day" everywhere apart from the heading in the notification.

The petitioner, Manjeet Singh Chugh from the national capital, claimed in the petition that such glaring errors only go to show that notifications issued by the Delhi Police "are not read and checked by senior officers".

The plea was brought up before a division bench presided by Chief Justice DN Patel and Justice C Harishankar, and the matter has been listed for Wednesday, ANI reported.

While Independence Day commemorates the nation's independence from British rule on August 15, 1947, Republic Day - which is celebrated on January 26 every year - marks the day the Constitution of India came into effect on that day in 1950. However, there have been occasions when people have unwittingly replaced one term with the other on placards and official notifications.

A similar controversy had erupted in 2016, when the Chandigarh unit of the BJP mistakenly extended "Republic Day and Rakshabandhan" greetings on billboards put up ahead of the Independence Day. According to reports, the billboards came up at various places, including Pipliwala Town and Police Station Intersection in the union territory.