A Delhi Police constable was kidnapped by the bus driver and his son, after an argument; he was let go in Uttar Pradesh's Firozabad, the police said. 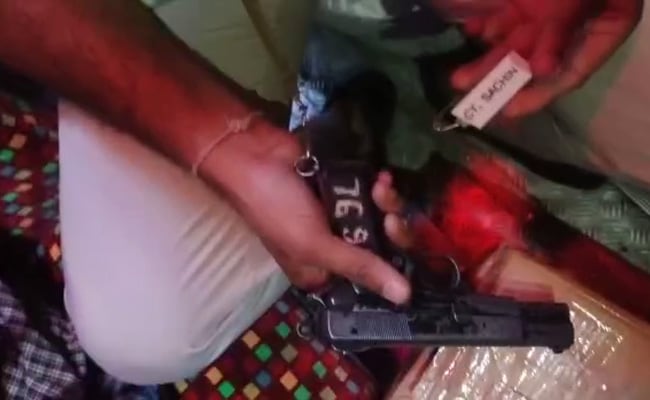 A Delhi Police constable was kidnapped, beaten, stripped, and filmed after an argument with bus staff.

A Delhi Police constable - who had reportedly stopped a crowded private bus on hearing a woman's scream for help - was kidnapped by the driver and his son, beaten, stripped, and filmed while being coerced to state he intended to loot the passengers before being let off in Uttar Pradesh late on Wednesday night, police said.

The driver Munna Chuarasia and his son Ankit Chaurasia were arrested for the shocking incident from their village in Madhya Pradesh's Bhind on Friday, but not before their family reportedly attacked a Delhi Police team.

A separate case has been filed in this regard by the Madhya Pradesh police against the now-arrested duo and other unidentified accused.

The Delhi Police has confirmed that all passengers of the private bus - which was allegedly being operated without a permit - are safe. They added that the incident was the result of a heated argument between the policeman and the bus staff, but gave no further details.

"The constable boarded the bus to check it. The bus attendants and co-drivers overpowered him, locked him inside and sped away. They snatched his service pistol and mobile phones. When the constable resisted, they manhandled him," the complaint states.

Disturbing visuals of the incident, being circulated widely, show Constable Sachin from Kashmiri Gate Police Station without clothes and being forced to state that he was drunk when he stopped the bus, and that he intended to loot it using his service revolver.

"Say that you were inebriated," a man is heard telling the cop when he refuses to repeat after him. A gash can also be seen on Constable Sachin's forehead.

Another video shows the constable in uniform with his service revolver, sitting on the floor of the bus. The person filming him can be heard accusing Constable Sachin of trying to loot the passengers and telling him show his badge, after which the cop pulls it out of his pocket.

We are investigating these videos, the police have said.

According to the police, the accused had taken away the cop's uniform, service revolver, wallet and mobile phone before letting him go in Uttar Pradesh's Firozabad.