Jasmine Shah, the vice chairperson of the Dialogue and Development Commission of Delhi (DDC), has been restricted from using his office on the order of the Lieutenant Governor, who has accused him of misusing a public office for political gains. 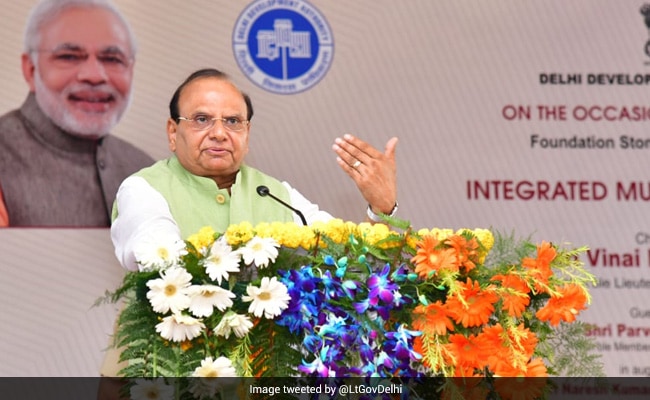 The order was issued by Delhi Lieutenant Governor VK Saxena

The feud between Delhi Lieutenant Governor VK Saxena and the Aam Aadmi Party (AAP) government took a dramatic turn today as a top official's office was locked up and his privileges taken away.

Jasmine Shah, the vice chairperson of the Dialogue and Development Commission of Delhi (DDC), has been restricted from using his office on the order of the Lieutenant Governor, who has accused him of misusing a public office for political gains.

All other "facilities and privileges" that Jasmine Shah enjoyed, including his official vehicle and staff, have been withdrawn, according to the Lieutenant Governor's order last evening.

Jasmine Shah, an AAP leader, was just last month appointed chief of the commission, which was set up as a think tank by the Arvind Kejriwal government.

Sources say Mr Saxena has asked Chief Minister Arvind Kejriwal to remove Jasmine Shah as vice chairman of the commission, a post that gave him the rank of a Delhi minister. 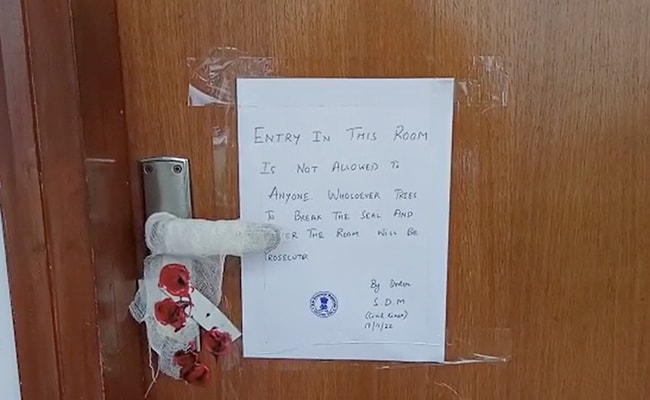 Mr Shah was issued a show cause notice a month ago, following BJP MP Parvesh Verma's complaint accusing him of misusing his office for politics.

In his complaint, Parvesh Verma said "while working as vice-chairperson of DDCD, Jasmine Shah has acted as the official spokesperson of AAP for political gains, which is in violation of established procedures". He also said Mr Shah had violated the "principle of neutrality".

Reacting to the development, Delhi Deputy Chief Minister Manish Sisodia tweeted, "Jasmine's office has been locked by LG alleging that he is AAP spokesperson. Then office of Sambit Patra, who is Chairman ITDC, shud also be sealed since he is spokesperson of BJP."

Mr Shah had earlier said the Lieutenant Governor of Delhi has no jurisdiction over the office of the DDCD vice chairperson, which is a minister-rank position appointed by the cabinet.

Mr Kejriwal had backed him, asserting that Jasmine Shah was appointed by the Delhi cabinet and Mr Saxena could not interfere in it. He called the think tank the backbone of Delhi's development.

Ties between AAP and the Lieutenant Governor, who took charge in May, have been frosty but tensions escalated after Mr Saxena flagged what he called corruption in the AAP government's now withdrawn liquor policy for Delhi.

On a report by Mr Saxena, the CBI raided Manish Sisodia and named him as an accused in its FIR, along with 14 others.

AAP hit back with corruption allegations against Mr Saxena and demanded a CBI probe. The party alleges that Mr Saxena was involved in corruption during his stint as the chairman of Khadi Village Industries in the days following the notes ban.