Raghav Chadha claimed the Haryana government has reduced the supply of raw water to Delhi, resulting in shortage of water supply in the national capital. 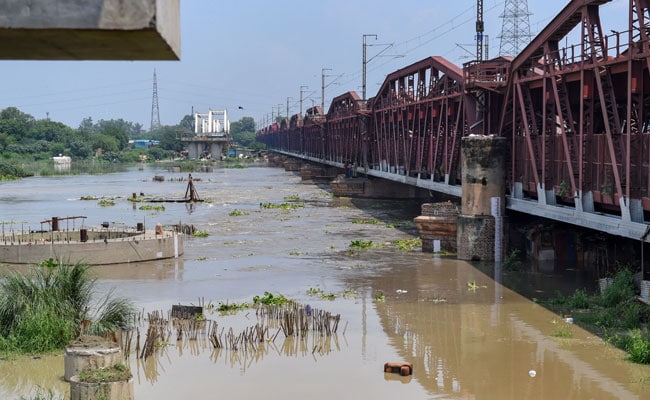 Mr Chadha claimed the Haryana government has reduced the supply of raw water to Delhi, resulting in shortage of water supply in the national capital.

"Such behaviour of the Haryana government is not only undesirable, but also deeply disappointing. The regular fall in the level of Yamuna, especially during summers, along with the discharge of pollutants that cause rise in ammonia levels, is a matter of grave concern," he said in a statement.

"Delhi is facing a potential severe water crisis due to high ammonia levels in the Yamuna and the continuously depleting water level at Wazirabad barrage, which supplies drinking water to the Wazirabad, Okhla and Chandrawal water treatment plants of the DJB," he said.

The DJB has moved the top court against Haryana to avert a severe water crisis in Delhi. It has sought directions from the Supreme Court to the neighbouring state to immediately cease the discharge of untreated pollutants into the Yamuna and release sufficient water to the national capital, Mr Chadha said.

Raw water is sourced from the Yamuna and is drawn at Wazirabad barrage. The quantity and quality of raw water at Wazirabad Barrage is dependent on the release of water by the Haryana government, he said.

Haryana supplies water to Delhi through the Carrier-Lined Channel (CLC), Delhi Sub-Branch (DSB) and the Yamuna.

CLC and DSB supply water from Hathni Kund via Munak canal and Bhakra Beas Management Board.

"The continuous fall in the Yamuna's water level is a matter of grave concern. Despite notifying officers concerned of the Haryana government on a daily basis, no concrete action has been taken yet and there has been no improvement towards restoring any normalcy," Mr Chadha said.

As per a Supreme Court order of February 1996, the pond level in Wazirabad has to be kept full.

The normal level of the Yamuna near Wazirabad Pond should be 674.50 feet but it has dropped to 670.90 feet.

The drastic fall in the water level at Wazirabad pond has affected water production at Wazirabad, Okhla and Chandrawal water treatment plants which supply drinking water to central, north, west and south Delhi.

The treatment capacity at Wazirabad and Chandrawal water treatment plants has dipped by 30 per cent. The same has reduced by 15 per cent at Okhla WTP, he had said.