Kerala Family Was Vacationing In Delhi. They Lost 3 Members In Delhi Fire

15 members of the family were staying on the second floor of the Arpit Palace Hotel in Delhi's Karol Bagh. 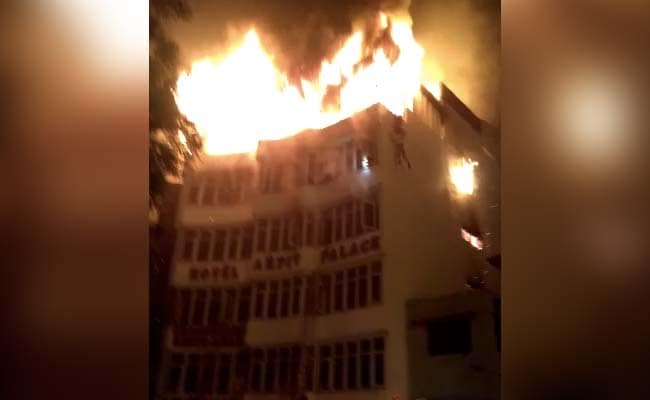 17 people died in a fire in a hotel in Delhi's Karolbagh.

Tragedy struck a Kerala family on Tuesday when three of its members died the fire in a Delhi hotel that killed 17 people. The family was a native of Kochi and was visiting the city to attend a wedding.

15 members of the family were staying on the second floor of the Arpit Palace Hotel in Delhi's Karol Bagh. They had come to the city to attend a wedding in neighbouring Ghaziabad, news agency IANS quoted a relative as saying.

The member of the family were awake when the fire started. They were getting ready to checkout as they had plans to visit Haridwar.

Two members of the family had already left for Mumbai, and ten managed to escaped the fire. P. Nalini Amma and her brother Vidyasagar as well as Jayashri, 53, daughter of Nalini Amma, were caught in the fire and died.

The family was on an extended vacation. After Haridwar, they were also planning to visit Wagah border in Punjab.

At least 35 people were injured in the fire, the police said, adding a person was still missing.

A senior civic official told news agency PTI that a suspected short circuit could be the reason of fire. Wooden panelling in the rooms and corridors inside could also have helped the fire spread.

Delhi minister Satyendar Jain told NDTV that it was a case of negligence. Chief Minister Arvind Kejriwal has ordered a magisterial inquiry into the incident.

Meanwhile, Union Tourism Minister KJ Alphons said that the emergency gates of the hotel were shut at the time of the incident.

"We just took a look at the emergency exits. It's all illegal. These are very narrow, not according to specifications. And they were closed at night. According to information we have, those gates are closed at night and a guard sits outside. But we don't know if the guard was there or not," Mr Alphons told reporters.