Delhi election results 2020: "Thank you Delhi for standing up to protect the soul of India," Prashant Kishor tweeted 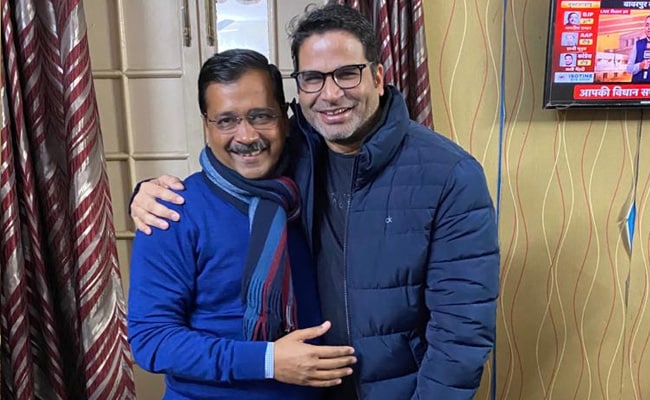 Congratulatory messages started flowing in for Arvind Kejriwal's Aam Aadmi Party as it headed towards another sweeping victory in Delhi assembly elections today. Among the first to send a message was election analyst Prashant Kishor, whose team crafted the AAP campaign and had a share in the victory.

"Thank you Delhi for standing up to protect the soul of India!" tweeted Mr Kishor, who has made no secret of his differences with the BJP and his opinion on the contentious Citizenship Amendment Act, around which the BJP had built its campaign.

Thank you Delhi for standing up to protect the soul of India!

Till recently Nitish Kumar's close aide in Janata Dal United, Mr Kishor was dropped after weeks of acrimony with his boss over his stance towards the CAA and NRC. Mr Kishor had questioned the party's support to the CAA in parliament days after Nitish Kumar expressed his reservations on it at a party meeting.

In Delhi, the campaign for the assembly elections -- held in the shadow of the protests over the contentious Citizenship Amendment Act, the National Population Register and the National Register of Citizens - was highly polarised. The political rhetoric touched a new low with multiple hate speeches by a section of BJP leaders and Union ministers. "Goli maaro" slogans were raised at public meetings of senior leaders and the Chief Minister was publicly called a "terrorist" by a union minister.

Messages saluting Delhi's verdict came from many opposition leaders too.

"People have rejected the BJP. Only development will work, CAA, NRC and NPR will be rejected," said Bengal Chief Minister Mamata Banerjee.

Congratulations to @ArvindKejriwal and #AAP this shows that in this toxic atmosphere of hate and division what people really want is a stable & compassionate govt. AAP has worked positively for the people of Delhi and that work has spoken today. Congratulations to all the winners

AAP said the results indicated that the "real nationalism is to work for the people".

"Our victory will prove that real patriotism is that if you get the opportunity in politics, you must work for people. Work on education, hospitals... Delhi will prove that if a government works sincerely, then it can win," said senior party leader and Deputy Chief Minister Manish Sisodia.