The government said the local magistrate has taken up the case under the new farm laws. 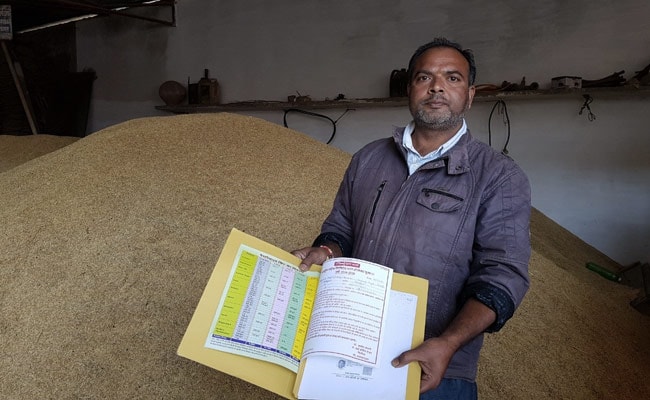 The farmers have been selling rice to the company for four years under the same terms.

A Delhi-based rice company has allegedly refused to buy paddy from the farmers of Madhya Pradesh's Hoshangabad district under the agreement of contract farming - highlighting one of the key issues the farmers have been protesting about. The company has claimed the rice contains traces of hazardous chemical Hexa.

The government said the local magistrate has taken up the case under the new farm laws. Chief Minister Shivraj Singh Chouhan and a few central ministers -- have cited it as a case where new farm laws have brought justice. The farmers of Piparia, however, refuse to agree as paddy piles up outside their homes in Gadaghaat and other villages.

The company went back on its promise of buying paddy from farmers at the market price plus Rs 50 bonus. But as it refused to pay, the local administration took action under the new contract farming law -- the Farmers (Empowerment and Protection) Agreement on Price Assurance and Farm Services Act. 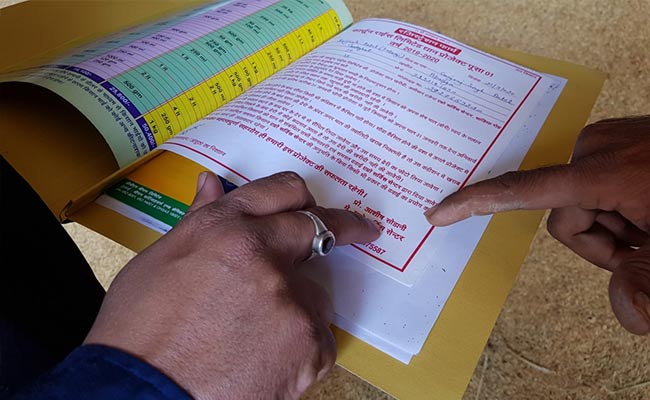 The Delhi company went back on its promise of buying paddy from farmers at the market price plus Rs 50 bonus.

Soon after, the company bought paddy from 12 farmers of Bhaukhedi Kalan village, making them poster boys of the pro-farm laws brigade.

But 10 days later, other farmers from the region claimed the company had reneged on its contract with them. 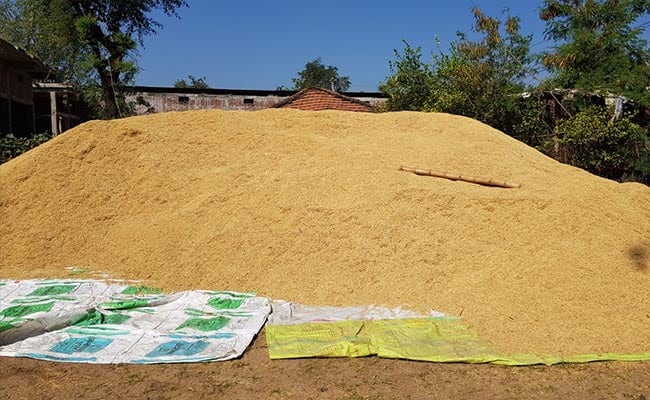 Chief Minister Shivraj Singh Chouhan and a few central ministers -- have cited it as a case where new farm laws have brought justice.

Pushpraj Singh, a farmer from Bhaukhedi Kalan on whose complaint administration took action, said the company scrapped the deal as the paddy prices have gone up.

The farmers, he said, have been selling rice to the company for four years under the same terms.

"In the last three years when the market price ranged between Rs 2400 to Rs 2500 per quintal, not only was our produce procured from our doorsteps, but the promised bonus was paid too. But the moment it touched Rs 2,900, company officials switched off their phones," he alleged.

The company was able to do it this time because it was no longer under the control of mandis because of the new laws, he said. "The new laws should be scrapped and minimum support price should be guaranteed," he added. 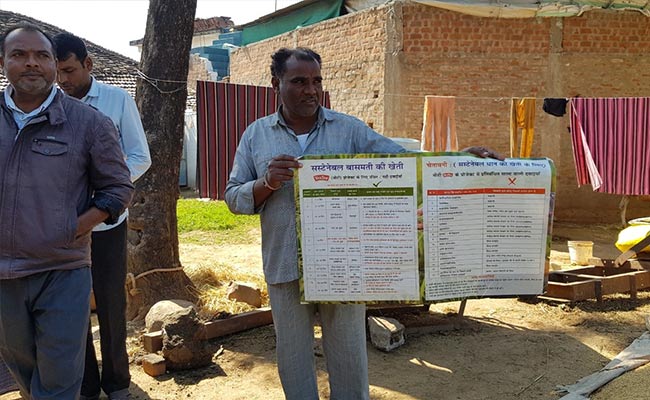 The farmers of Piparia refuse to agree with the Delhi company as paddy piles up outside their homes in Gadaghaat and other villages.

"We will no longer go for contract farming, but only rely on the old practice of selling produce at mandis. Before enacting new contract farming law, the government should have educated us about the format of contracts which are legally enforceable," said local farmers Anil Sharma and Mithilesh Chowdhary.

Ram Shankar and Patiram Patel from Gadaghaat village, who had grown paddy on 20 acres with a contract from the same company, are also hugely upset.

"Like the last three years, we sourced our seeds and fertilizers from the same local traders who've worked as intermediaries between us and the company. It is only this year that samples of our paddy was found to possess a hazardous chemical," said Brajesh Patel from Gadaghaat.

"Around 50 to 60 farmers are in the lurch," said farmer Ghanshyam Singh Patel, levelling similar allegations.

Another farmer, Avdhesh Patel, said the company has paid only those who purchased seeds and fertilisers from local traders on credit.

Surprisingly, it's these traders authorised by the company who are entering into unsigned contracts with farmers for the last four years. "We've been told that the unsigned contracts bearing neither the official seal of the company or the local trader, are not legally enforceable. This is why are in real trouble now," said another farmer, Manoj Patel.

"The battle has to be fought, this red tapesim is very dangerous. We are assuring the farmers, whatever agreement will be done under the Act, the companies will have to pay. As soon as SDM asked for opinion in Pipariya, we immediately replied and he took the action," said the state's agriculture minister Kamal Patel.

"Farmers should also be careful, this is the government of the farmers, we will ensure that they get justice," he added.