Both Anurag Thakur, Union Minister of State for Finance, and Sambit Patra, BJP spokesperson, have been hauled by the Election Commission for their provocative speeches in the campaign for Delhi. 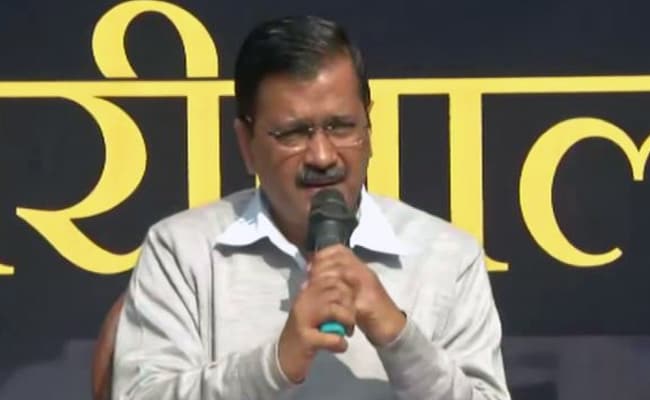 The BJP has no good candidate for Delhi chief minister, Arvind Kejriwal said on Thursday, wondering what would happen if the ruling party picked "Sambit Patra or Anurag Thakur" for the top job. The Chief Minister's "deadline" for the BJP to name its top candidate came and went on Wednesday at 1 pm.

"People want to know who will be the BJP's chief ministerial candidate. What if it chooses Sambit Patra or Anurag Thakur for the post?" Kejriwal asked sarcastically as he spoke to news agency PTI on the last day of campaigning for the Saturday Delhi election.

Both Anurag Thakur, Union Minister of State for Finance, and Sambit Patra, BJP spokesperson, have been hauled by the Election Commission for their provocative speeches in the campaign for Delhi.

Anurag Thakur was banned from campaigning after he was caught on camera urging a crowd to say "Goli maaro sa***n ko (shoot the traitors)" at a public rally, referring to anti-citizenship law protesters.

Sambit Patra received a show-cause notice from the Election Commission for his provocative remarks during a television interview.

On Wednesday, when the BJP predictably did not respond to his "deadline" to reveal a chief ministerial candidate, Mr Kejriwal declared that he was ready to debate Home Minister Amit Shah instead on Delhi.

He also referred to Amit Shah's comments on the party revealing its chief minister only after winning the election and said, "The Home Minister is asking Delhi to sign a blank check and says he will give you a chief minister after the BJP is voted to power."

Yesterday, asked if he was among the BJP's chief ministerial probables, the party's Delhi chief Manoj Tewari said: "It is our strategy not to reveal a name now. After we win, we will have a meeting to decide."