Friday's BIS report said that all 11 Delhi samples did not comply with the quality norms. It said piped water was also unsafe for drinking water. 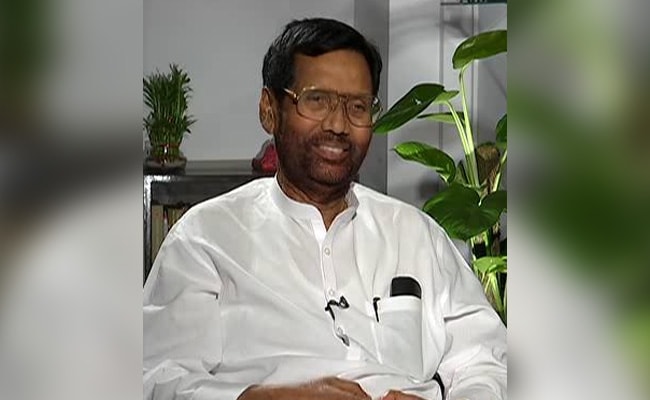 The Bureau of Indian Standards (BIS) report that has claimed piped water in Delhi is not safe for drinking, has been sent to Chief Minister Arvind Kejriwal's official residence, Union Minister Ram Vilas Paswan said on Wednesday, after the ruling Aam Aadmi Party leaders questioned the sampling process.

Friday's BIS report said that all 11 Delhi samples did not comply with the quality norms. It said piped water was also unsafe for drinking water.

On Tuesday, AAP MP Sanjay said the Union Minister was not revealing from where the samples had been taken. "I have written to Mr Paswan and have asked for a report regarding where the samples were taken? Delhi Jal Board has tested 1.55 lakh water samples in the past 9.5 months, 98.5 per cent samples were found to be alright. Have you tested water from the drains," AAP's official handle quoted Mr Singh as saying.

"AAP leaders have said they have not received the report. BIS has sent the report to Mr Kejriwal's residence which has been received," Mr Paswan tweeted in Hindi.

Mr Kejriwal, who is also Chairman of the Delhi Jal Board, had dismissed the report as "false and politically motivated".

"A city's water quality cannot be judged on the basis of just 11 samples. Moreover, Union Minister Ram Vilas Paswan is not disclosing where the samples were taken from. I will take five samples from each ward of Delhi, get it checked and then put the data in public," he had declared.

Mr Paswan had denied the charge and "challenged" Mr Kejriwal to nominate officials for a joint team to re-test drinking water.

On Tuesday, the Delhi government said it would set up 32 teams to collect water samples from each ward in the national capital, test them and put the results in public domain within a month.

Uttarakhand People Forced To Migrate Due To Lack Of Employment: Arvind Kejriwal