Defence Minister Nirmala Sitharaman landed at the Chabua Air Force Station in Upper Assam and then took a Mi-17 helicopter and went to Pasighat in Arunachal Pradesh. 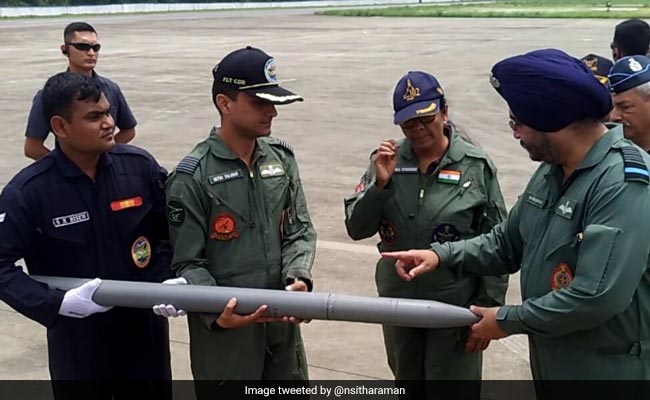 The defence minister landed at the Chabua Air Force Station in Upper Assam and then took a Mi-17 helicopter and went to Pasighat in Arunachal Pradesh.

At Pasighat Advanced Landing Ground, two Sukhoi Su-30 MKI fighter jets took off and then a C-130J Super Hercules transport aircraft landed, from which Garud Commandos simulated taking over of the base.

Ms Sitharaman was also briefed about the uploading of rockets in a Mi gunship, Air Force sources said.

The defence minister, who was sitting in a tower with the Chief of Air Staff, Air Marshal Birender Singh Dhanoa, was also observing the bomb drop area, with one camera placed at the bomb drop zone.

On returning to the Chabua base, Ms Sitharaman witnessed bombs being loaded into the Sukhoi SU-30 MKIs. 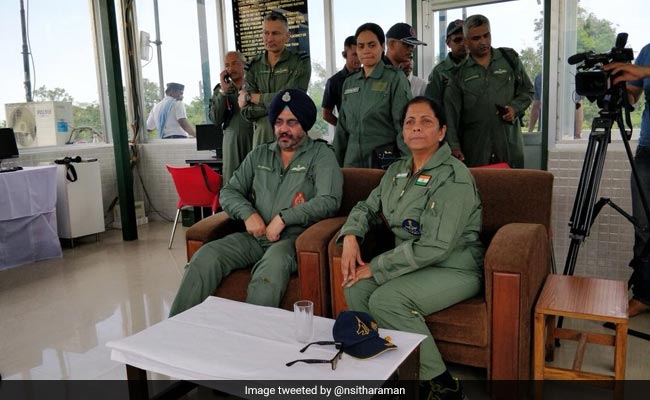 "Now, within two hours, we can reach from the western frontier to the eastern border. Never before had such a massive Air Force exercise taken place. We are looking to expand on the strategic aspects and also of civil use," the Defence Minister told reporters at Chabua.

Promoted
Listen to the latest songs, only on JioSaavn.com
Over the last few years, the Air Force has operationalised several Advanced Landing Grounds in Arunachal Pradesh, close to the China border.

Gagan Shakti 2018 is one of Air Force's biggest wargames specifically designed to deal with any simultaneous threat posed by Pakistan and China. As a part of the ongoing exercise, the Air Force is conducting Inter Valley Troop Transfers (IVTT), Special Heliborne Operations, Air Landed Operations and Special Operations to simulated objective areas.