INS Khukri had the distinction of being part of both -- western as well as eastern fleets -- during its service. 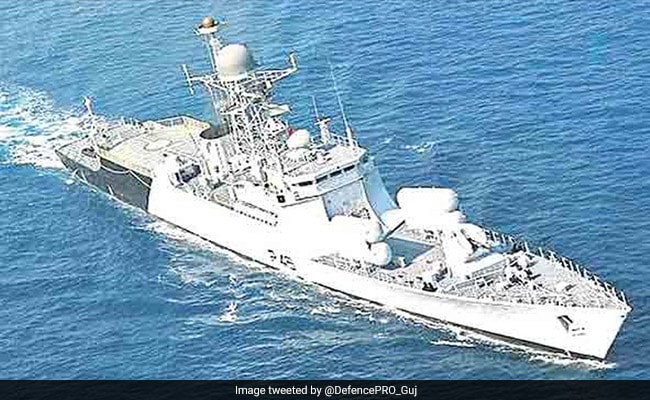 Decommissioned Indian naval ship (INS) Khukri will be handed over to the Diu administration on Wednesday so that it can be developed as a full-scale museum, the Indian Navy has said.

The missile corvette was decommissioned on December 23 last year after 32 years of service, the Navy's statement issued on Tuesday noted.

INS Khukri had the distinction of being part of both -- western as well as eastern fleets -- during its service, it mentioned.

"A ship never dies, it is said. She is re-born in a new avatar," the Indian Navy noted.

The decommissioned vessel is the second ship of the Navy to carry the name INS Khukri, the first having been lost during the 1971 India-Pakistan War off the coast of Diu.

"The valiant crew of that ship, led by late Captain Mahendra Nath Mulla (Maha Vir Chakra winner), has been immortalised in the Khukri Memorial at Diu where a scaled-down model of their old ship is displayed in solemn splendour," the Navy stated.

As part of developing and revitalising the Khukri Memorial, the Diu administration had approached the Ministry of Defence in 2019 for gifting to it for public display, a decommissioned naval vessel, it mentioned.

"As it turned out, it was time for the second Khukri to be paid off. This is the vessel that will be handed over officially to the Diu administration," it noted.

The ship commenced her last journey under tow by Indian Navy ships from Visakhapatnam and arrived at Diu on January 14, it mentioned.

"As the nation celebrates its 73rd Republic Day, she will be handed over to the Diu administration in a ceremonial event to be held at the Khukri Memorial," it noted.

"The ship is planned to be developed as a full-scale museum," it stated.