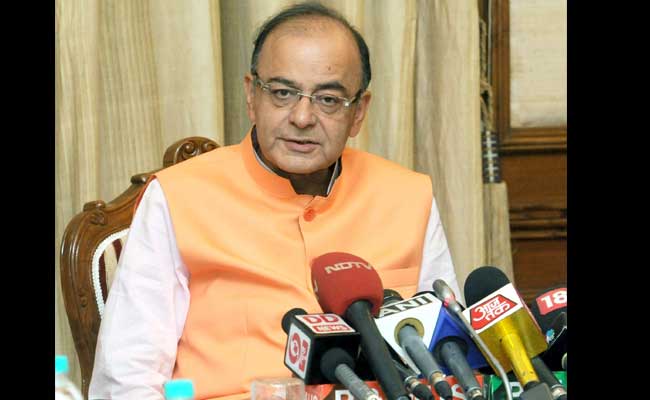 New Delhi: Finance Minister Arun Jaitley today warned that those who did not declare overseas black money during compliance window will face the consequences as the government will receive information about their wealth under automatic exchange of information, while others who took advantage of the scheme to come clean can "sleep well".

The Minister also clarified that Rs 6,500 crore of black money, talked about by Prime Minister Narendra Modi in his Independence Day speech, pertained to illegal money of account holders in the LGT Bank of Liechtenstein and HSBC Bank, Geneva, while declarations made under the one-time compliance window totalled Rs 3,770 crore.

The government's policy, Mr Jaitley said, "is rationalisation of tax structures, taxing at reasonable rates, placing more money in the hands of small earners, encouraging and promoting the use of plastic money by all sections of society and creating deterrence against those who continue to use unaccounted money."

In his Facebook post, the Minister also expressed the commitment of the government to fight the menace of the domestic black money by making furnishing of PAN mandatory for cash transactions beyond a threshold.

"The government is at an advanced stage in considering the requirement of furnishing PAN card details if cash transactions beyond a certain limit are undertaken," he said.

Referring to the declarations made under the black money compliance window which closed on September 30, Mr Jaitley said, "Those who chose to declare between this period would not be prosecuted under the new black money law... These declarants can now sleep well."

About those who have undisclosed foreign assets but failed to file such a declaration, Mr Jaitley said, "(They) will now be subjected to penal provisions of this law. They will be liable to pay 30 per cent tax and a penalty of 90 per cent, thus leading to confiscation of the assets plus more.

"In addition, they will be liable to prosecution where they can be sentenced up to 10 years. This law will create a deterrent in future against the flight of capital from India."

"... thus those with illegal assets abroad, who have failed to make declaration, would now stand the risk of information relating to them eventually reaching the Indian taxation authorities."