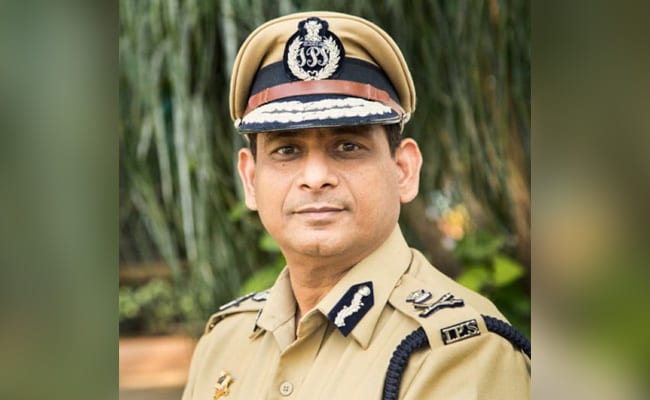 A week after Hemant Nagrale replaced Param Bir Singh as Mumbai's police chief, 86 police officers have been transferred. A former colleague of controversial police officer Sachin Waze, questioned recently by the National Investigation Agency (NIA), is among them.

The transfers took place last evening, after Maharashtra Home Minister Anil Deshmukh met with Chief Minister Uddhav Thackeray. This was the first meeting between the two since Mr Deshmukh was accused of corruption by Param Bir Singh, the sacked Mumbai Police commissioner.

This is the latest fallout of the Mukesh Ambani bomb scare case, which started with an abandoned car with explosives found near the home of India's richest man on February 25 and has since shaken up Mumbai's police and the Maharashtra coalition government.

Sachin Waze, the first police officer to the spot after the car was found, was arrested and is being investigated by the NIA.

Assistant Inspector Riyazuddin Kaazi, who was Waze's colleague at the Crime Intelligence Unit, was among those transferred in yesterday's shake-up. He has been shifted to the Local Arms unit, a relatively low-key department.

Another officer who was questioned, Prakash Howal, was transferred to Malabar Hill police station.

Some 65 officers of the Mumbai Crime Branch were shunted out and many had worked on high profile investigations. Some of the officers have been moved to the traffic department while others have been transferred to district police stations.

The transfers have intensified the spotlight on the police and the Home department. Maharashtra Home Minister Anil Deshmukh is facing calls for his resignation after Param Bir Singh accused him of discussing a Rs 100-crore a month extortion scheme with Sachin Waze last month, and also interfering in the bomb scare probe.

The BJP, which is the opposition party in Maharashtra, denounced what it called 86 "overnight" police transfers, saying the real accused were spared.

"Those who were not at fault were removed. But what about the accused minister? The government cannot get away with this by passing the buck. When will the minister be removed," questioned BJP spokesperson Ram Kadam.