Unnao: The state police chief said the teen is out of danger and added that preliminary investigations indicate an accident. However, he has said that the police is open to a CBI investigation if the family wants.

A murder case has been filed against Uttar Pradesh BJP lawmaker Kuldeep Singh Sengar, who allegedly raped a 17-year-old girl in 2017. He has been accused by the survivor's mother of being involved in yesterday's accident that left the two of them seriously injured and two other family members dead. The woman and her lawyer are in hospital. The state police chief said the woman is out of danger and added that preliminary investigations indicate an accident. However, he has said that the police is open to a CBI investigation if the family wants.

Several politicians, including Mayawati and Priyanka Gandhi Vadra, have reacted to the incident, with the BSP chief suggesting that the incident was a conspiracy to kill the survivor.

Here are the reactions to the Unnao accident:

Murder Case Against BJP Lawmaker After Unnao Rape Survivor's Car Crash
A murder case was filed against BJP legislator Kuldeep Sengar after yesterday's accident in Raebareli, in which two women died and a teenager he allegedly raped two years ago, got injured and is in a critical condition. The teen's mother said the accident was meant to "eliminate" her daughter and that Kuldeep Sengar was plotting against them from jail. One of the two deceased aunts of the girl was a witness in the rape case. The police had said initial investigations indicate that it was an accident. The girl was not accompanied by the security personnel assigned to her, and the truck that hit the car had its number plates scrubbed with black paint
Jul 29, 2019 16:35 (IST)
Akhilesh Yadav On Unnao Rape Survivor's Crash

"Police are saying the accident happened due to rain, they are speaking the language of those who are sitting above them in government. Samajwadi Party had raised victim's voice back then, and did same in Parliament, today"
Jul 29, 2019 16:21 (IST)
Punjab Chief Minister Reacts To Unnao Rape Survivor's Road Crash

Feel shaken and shocked by #Unnao rape victim's plight. Are we living in jungle raj? If we cannot protect our daughters and give them justice then we are doomed as a nation. I hope the Courts takes cognisance of the case and orders probe. Law must be upheld at all costs.

"Everyday they defame Bengal but does the government have any idea about what is happening in UP? What happened in Unnao, two relatives of victim died and she is in serious condition. There should be a high power inquiry" 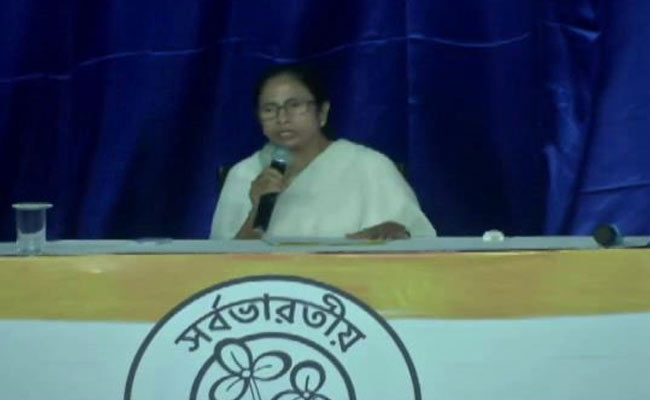 Does it have no moral duty towards its citizens anymore, or was that never on its agenda anyway?#Unnao

She herself lies grievously wounded in hospital from the same accident. The accused continues as a BJP legislator, and the BJP State Government has the audacity to run a "भयमुक्त उत्तर प्रदेश" campaign???

So a woman is allegedly raped by a BJP MLA. Her father is beaten up and dies in custody. A key witness dies mysteriously last year. Now her aunt who was also a witness is killed and her lawyer is critically injured in an accident caused by a truck with blackened number plates.