Two BJP legislators voted in favour of a bill of the Kamal Nath government in Madhya Pradesh on Wednesday. 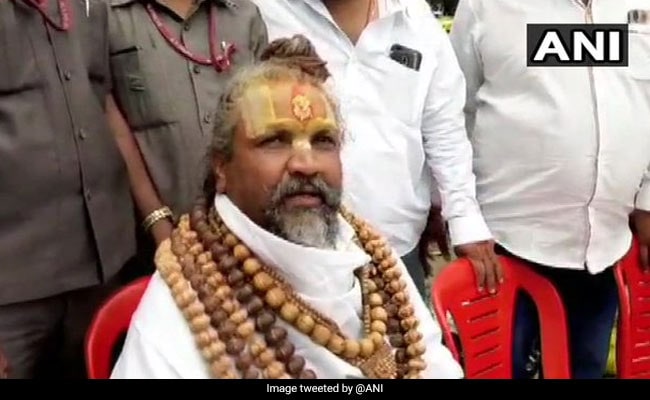 Computer Baba was appointed chairman of the Narmada River Trust in Madhya Pradesh.

A day after two BJP legislators voted in favour of a bill of the Kamal Nath government in Madhya Pradesh, self-styled godman "Computer Baba" said he could secure four more lawmakers for the Congress administration.

Sharad Kol and Narayan Tripathi - both former Congressmen - voted for the Congress's Advocate Protection Act Bill - a longtime demand of the lawyers of Madhya Pradesh on Wednesday. The bill, drafted 15 years ago, had never made it to the assembly during the three-term government of Shivraj Singh Chouhan.

The Congress, which came to power in the state in December, had made it a part of its pre-election promise.

Just a few hours before, the BJP lawmaker Gopal Bhargava, the leader of Opposition in the Madhya Pradesh assembly, had boasted that if his bosses could bring down the state government any time they wanted with just an order.

Coming a day after the Congress's coalition government in Karnataka crashed in the trust vote, the threat caused a flutter.

Madhya Pradesh is one of the few states not in control of the BJP. The party lost it to Congress in the assembly elections held last year, along with the heartland states of Rajasthan and Chhattisgarh.

The Congress, whose 13 legislators had resigned in Karnataka, along with three from HD Kumaraswamy's Janata Dal Secular, has accused the BJP of systematically grabbing power in all states not under its control by any possible means.

Popularly known as 'Computer Baba', Namdeo Das Tyagi granted the status of minister in the previous BJP government in Madhya Pradesh, had managed a neat survival trick by landing a role in the new Congress administration too. Last month, he formally took charge as the chairman of the 17-member Narmada River Trust.