Dassault's Offset Partners Will Be Known When Procurement Begins: Centre

Asked about the controversy surrounding Dassault Aviation's choice of Anil Ambani's Reliance Defence as an offset partner, Nirmala Sitharaman said each company involved in the supply will have its offset partners in India. 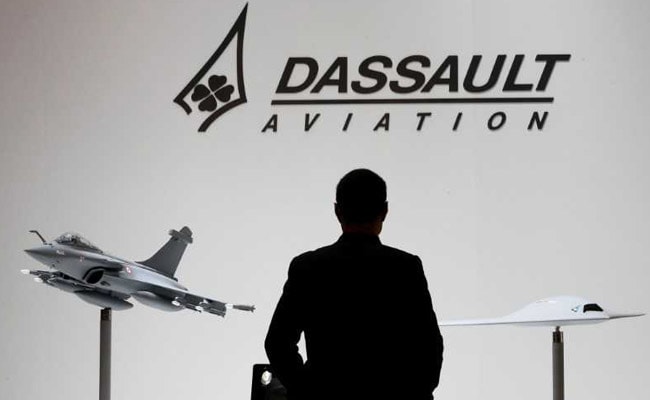 Congress has alleged irregularities in the Rafale deal (File)

Denying any cronyism in the Rafale fighter aircraft deal, Defence Minister Nirmala Sitharaman said on Thursday that details about offset partners will be known only when the procurement begins.

"...Dassault and two or three companies are participating in the supply of Rafale. So each one of them will have an offset obligation to be fulfilled," she said at the 'India Summit: Status of the nation', organised by the Economist magazine.

Asked about the controversy surrounding Dassault Aviation's choice of Anil Ambani's Reliance Defence as an offset partner, Ms Sitharaman said each company involved in the supply will have its offset partners in India.

"Now for Dassault alone to come back to me to say that their offset is getting fulfilled completely, through one, two, three or any number of companies with whom they either go with investments or go for a buying of a product or buying of a service, (it) is left to Dassault to come to me to claim it.

"Till such time they claim each and everyone of them, I will not know whether they are with one, or ten or with hundred (Indian offset partners)," the minister said.

"The offset partners' details will be known when they approach me with bills detailing what kind of service is being received, whether it is in the form of equipment or investment," she said.

While the Congress has alleged irregularities in the Rafale deal and accused the government of favouring Mr Ambani's firm, the government as well as Anil Ambani have vehemently denied the opposition party's allegations.

Ms Sitharaman noted that the commencement of the delivery of Rafale jets has not begun.

"They still have time to come back to me to say look, my offset is getting fulfilled through these routes. They will have to submit transaction details of who got the money, for what purpose. Till all that is done, I cannot even claim how many people they (Dassault) are going with," the minister added.

She said the previous UPA government had floated a global tender for procurement of Medium Multi-Role Combat Aircraft (MMRCA).

"They never bought it (the aircraft) but always claim that they bought it at one particular amount," she said, rebutting the Congress allegation that the price of the aircraft shot up in the deal signed by the NDA government.

She said the UPA government went for an open tender but the present government opted for an inter-governmental tender.

"For the 18 and for the rest they (UPA government) went for a tender. What we have done is that we have gone for inter-governmental tender for first 36 emergency number while rest of the procurement will be through strategic partnership," Ms Sitharaman said.

She added that there will be an overseas manufacturer along with an Indian partner for manufacturing of rest of the planes.

"So, the processes have been simplified, (made) much transparent now. That is why there is so much information available in the public domain. There is no scandal or crony (capitialism) any way," the defence minister insisted.