Dassault To Invest 100 Million Euros In Indian Venture With Reliance

The Dassault-Reliance joint venture represents the largest ever foreign direct investment in the defence sector in India, the companies said in a joint statement. 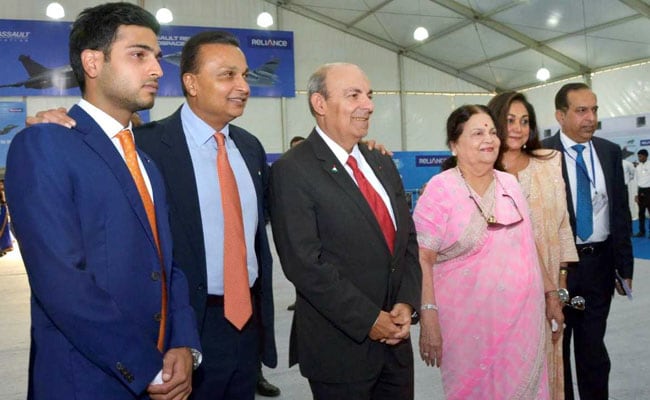 Nagpur: French major Dassault Aviation will invest over 100 million euros in a joint venture with Reliance Aerospace to manufacture aircraft components as part of the 'offset obligation' connected to the purchase of 36 Rafale fighter jets from France.

The Dassault-Reliance joint venture represents the largest ever foreign direct investment in the defence sector in India, the companies said in a joint statement.

The foundation laying ceremony of the Dassault Reliance Aerospace Limited (DRAL) manufacturing facility was held today at the Dhirubhai Ambani Aerospace Park in Mihan SEZ near the Nagpur airport.

DRAL will manufacture several components of the offset obligation connected to the purchase of 36 Rafale Fighters from France, signed between the two governments in September 2016, Mr Ambani said.

It will manufacture components for the Legacy Falcon 2000 series of civil jets manufactured by Dassault Aviation and will become part of its global supply chain.

"These first steps are expected to be achieved in the coming years, leading to the possible setting up of the final assembly of Rafale and Falcon aircraft in India," a DRAL official said.

This is for the first time that a business jet will be manufactured in India, the official said.

The DRAL facility will train skilled workers in aviation assembly and integration, and lead to major employment generation in Nagpur and surrounding areas, the official added.

It will also attract and house an organic ecosystem of over 200 MSMEs to secure the component and avionics manufacturing needs of Rafale and Falcon jets.

"This development (DRAL) gives the 65 year-long strong association of Dassault Aviation in India a new momentum and the will of future manufacturing developments," he said.

Dassault and Reliance will fully support 'Make in India' and 'Skill India' missions and enhance India's pursuit of self-sufficiency in the aerospace sector, he added.

Mr Ambani also thanked Mr Gadkari and Mr Fadnavis for their "strong and consistent support" for the project.

The Dhirubhai Ambani Aerospace Park, spread over 289 acres, will be the largest Greenfield aerospace park in India with a capital investment of over Rs 6,500 crore. It is being developed in two phases.

Phase one production is expected to start next year.

It will be home to DRAL- the 51:49 joint venture of Reliance Aerostructure and Dassault Aviation.

Promoted
Listen to the latest songs, only on JioSaavn.com
Reliance Group will set up assembly lines and manufacturing facilities of fixed wing aircraft aero structure for commercial transport aircraft and helicopters for both defence and commercial use.