Darbhanga Killing Not Over Naming Of Square After PM Modi: Police Chief 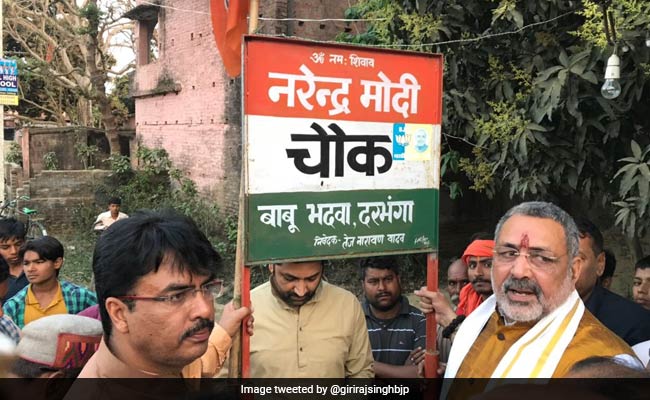 Patna: The father of a BJP worker was killed in Bihar's Darbhanga district over a land dispute and not over naming of a square after Prime Minister Narendra Modi, Bihar Police chief KS Dwivedi said today.

"The killing of the father of a Bharatiya Janata Party worker has nothing to do with naming of the square after Prime Minister Modi," Mr Dwivedi said.

"The dispute that escalated (and led to the murder) had started due to this chowk being named Modi Chowk," Bihar BJP president Nityanand Rai told reporters after visiting Darbhanga, 150 kilometres north of Bihar capital Patna.

But Union Minister Giriraj Singh, who also met the Yadav family, accused the police of trying to hide the facts of the case.

The claims by the two BJP leaders contradict those of the local police and Deputy Chief Minister Sushil Kumar Modi.

Promoted
Listen to the latest songs, only on JioSaavn.com
"Totally false that the murder in Darbhanga case was due to naming Modi Chowk. It was a case of land dispute. The board was put long back, murder has nothing to do with board," Sushil Modi had tweeted on Friday last.