The loss is attributed to the damage caused by rains and floods to crops, houses, cattle as well as roads and infrastructure in the state. 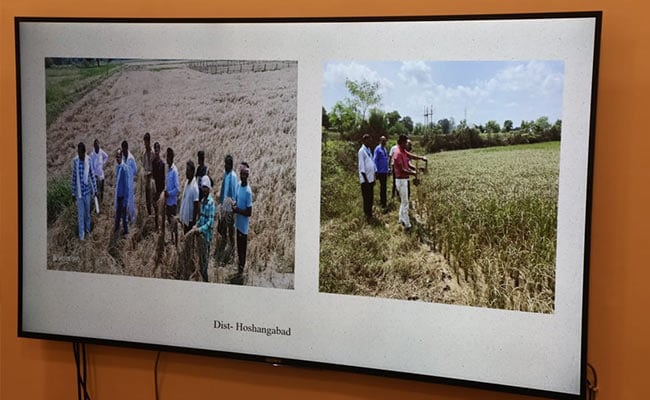 Heavy rains and floods have resulted in a loss of Rs 9,500 crore to Madhya Pradesh, Chief Minister Shivraj Singh Chouhan on Friday told a central team, which is in the state to assess the damage.

The loss is attributed to the damage caused by rains and floods to crops, houses, cattle as well as roads and infrastructure in the state.

The Union government has been informed in detail about the losses caused in Madhya Pradesh by heavy rains. The survey work is being carried out by the central team continuously; more loss can emerge later.

Twelve districts of Madhya Pradesh were severely affected and 23 districts were partially affected. 8,442 villages in total have suffered damage.

13,344 people were rescued in the state. A total of 22,546 people was evacuated safer places in the most affected districts -- Ujjain, Khargone, Khandwa, Vidisha, Niwari, Narsinghpur and Seoni. A total of 231 relief camps were set up.

Chief Minister Chouhan informed that due to the heavy rainfall and floods, crops covering 11 lakh 30 thousand hectare in 24 districts suffered damage. Around 11 lakh 34 thousand farmers have been affected. Approximately, 60 thousand houses were damaged by the floods, he said.

He urged the central team to tour the affected areas, speak to those who had suffered losses and then prepare the damage assessment report.