She was earlier elected from Visakhapatnam as a Congress candidate in 2009. 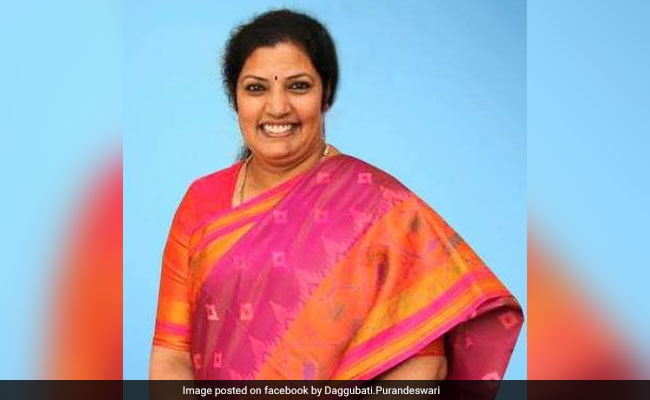 Former Union Minister Daggubati Purandeswari will be the BJP candidate from Visakhapatnam Lok Sabha constituency as the party decided not to field outgoing MP K Haribabu from here.

Ms Purandeswari is the daughter of Telugu Desam Party (TDP) founder and former Andhra Pradesh Chief Minister NT Rama Rao. She was earlier elected from Visakhapatnam as a Congress candidate in 2009.

The BJP announced candidates for two Lok Sabha constituencies in Andhra Pradesh in its first list released on Thursday.