To facilitate the rescue and relief activities, the model code of conduct has already been lifted in several Odisha districts. 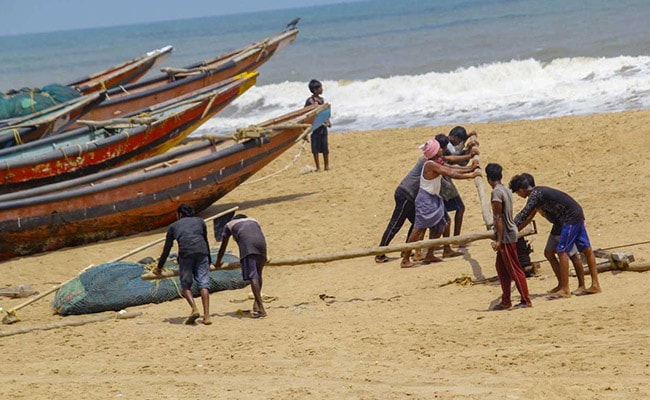 Cyclone Fani is also said to bethe longest staying storm in the Bay of Bengal. (File)

Cyclone Fani, which will make a landfall in Odisha on Friday evening, is the strongest cyclone to be formed in the month of April in India in 43 years. A yellow alert has been sounded in Odisha after it intensified into "extremely severe cyclonic storm" late on Tuesday night.

Odisha is likely to bear the maximum impact of Cyclone Fani. West Bengal and Andhra Pradesh are the other states which will be affected.

In West Bengal, East and West Medinipur, South and North 24 Parganas, Howrah, Hoogli and Kolkata are the districts that are likely to be affected. Srikakulam, Visakhapatnam and Vijayanagaram in Andhra Pradesh will also feel the impact. The National Disaster Response Forces said it has deployed 41 teams in the vulnerable areas.

Cyclone Fani is also said to be the longest staying storm in the Bay of Bengal. A cyclone usually makes a landfall in less than a week. The alert for Cyclone Fani was sounded last week but Cyclone Fani will make landfall in South of Puri around 5:30 pm on Friday. The impact of the storm will be felt till Saturday.

However, it will not be the worst storm in recent years. The wind speed of a cyclonic storm is 80-90 kmph with winds gusting up to 100 kmph. In case of an "extremely severe cyclonic storm", the wind speed goes up to 170-180 kmph and could reach up to 195-200 kmph.

The centre on Tuesday ordered release of Rs. 1,086 crore to four states as advance financial assistance for undertaking preventive and relief measures.

The name ''Fani", which is pronounced as "Foni", was suggested by Bangladesh. Roughly translated, "Fani" means the hood of a snake, according to reports.