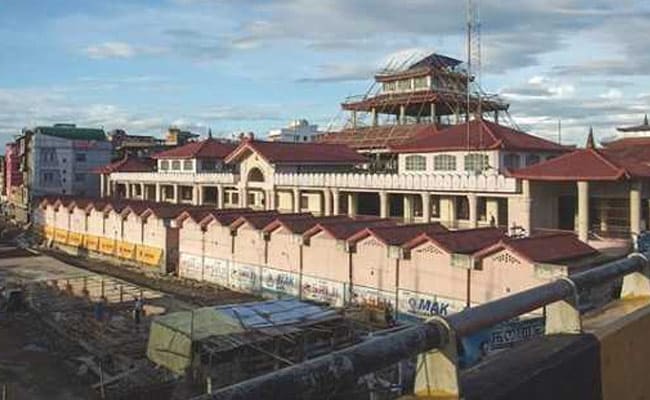 An indefinite curfew was imposed in Manipur's capital Imphal on Tuesday and mobile Internet was snapped till February 16 across the state due to protests against the Citizenship (Amendment) Bill, officials said.

The authorities enforced curfew in the state capital amid reports that the Bill would be tabled in Rajya Sabha on Tuesday. The Bill was, however, not presented in the upper house.

Security was strengthened at the homes of lawmakers and Chief Minister N Biren Singh, officials said. While roads were deserted in both the districts, police personnel were seen informing people through loudspeakers about imposition of the curfew and asking them to stay indoors.

Political parties in the northeast, including BJP's allies, are opposing the Bill that was passed by Lok Sabha on January 8. The centre had said it will try to get it passed by Rajya Sabha during the Budget session.

Notwithstanding Prime Minister Narendra Modi's attempts to assuage the concerns of various political parties that the proposed law will not compromise the interests of people of the region, Meghalaya Chief Minister Conrad Sangma has threatened to pull his National Peoples Party out of the BJP-led NDA if Rajya Sabha passed the Bill.

Both Mr Khandu and Mr Singh are BJP chief ministers.

The Bill seeks to provide citizenship to non-Muslim minorities from Bangladesh, Pakistan and Afghanistan who fled persecution, after six years of residence in India, instead of 12 years, which is currently the norm, even if they do not have any document.

The indigenous people of the region are apprehending that if the law is enacted, it will endanger their livelihood and identity.