Curfew Imposed In Parts Of Srinagar To Prevent Separatist Rally 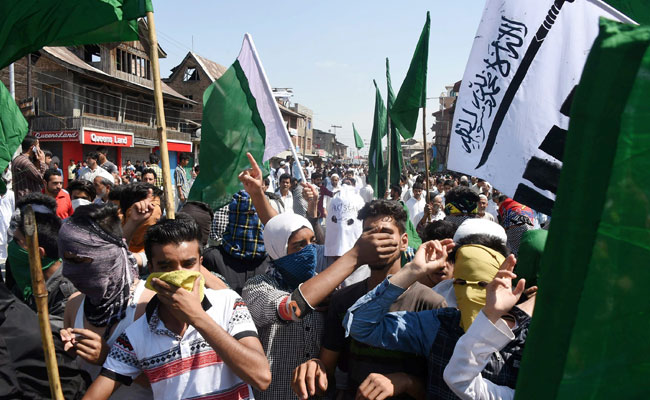 Supporters of Mirwaiz Umar Farooq during a rally to commemorate the death anniversaries of separatist leaders - Mirwaiz Moulvi Mohammad Farooq and Abdul Gani Lone - in Srinagar on Friday. (PTI photo)

Srinagar: Curfew has been imposed in parts of Srinagar today to prevent separatist leader Mirwaiz Umar Farooq from taking out a rally to commemorate his father Mirwaiz Farooq's death anniversary. Mr Farooq has been placed under house arrest.

Separatists including Mirwaiz Umer Farooq, Syed Ali Geelani, Muhammad Yasin Malik and others have called for a public rally to the graveyard in Eidgah area of old city Srinagar on Saturday.

Officials say situation is peaceful across the valley but curfew-like restrictions had to be imposed in some areas of Srinagar as a precautionary measure.