The Kanpur school said that prayers of different religions used to be recited during the morning assembly as part of the "Sarva Dharma Samman" ideology, a practice that it has now discontinued. 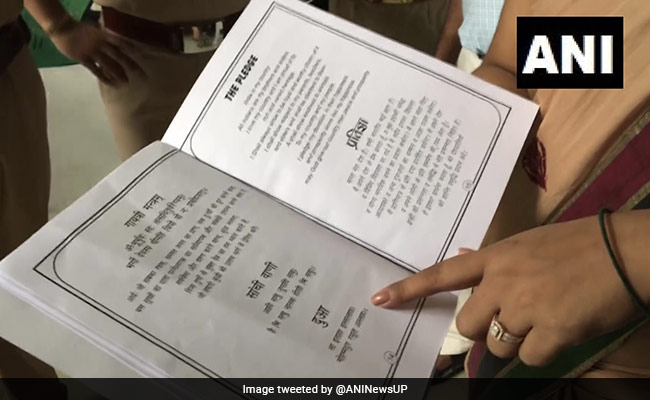 UP school assembly row: No one has been arrested so far in the case.

A criminal case has been filed after a row over allegations that students of a private school in Kanpur were forced to recite Islamic verses during the morning assembly.

The Florets International School said that prayers of different religions, including Sikhism, Hinduism and Islam, used to be recited during the morning assembly as part of the "Sarva Dharma Samman" (all religions are equal) ideology, a practice that it has now discontinued. Now only the national anthem will be sung, it said.

The criminal case against the school's 'manager' was filed by the Kanpur police following a written complaint by the parents of some of the students, who accused the school authorities of resorting to "religious conversion" and indulging in "education jihad".

No one has been arrested so far in the case.

The controversy erupted after a parent tweeted that the students at the school were forced to recite "Kalma Tayyab" during the assembly, following which the district administration ordered a probe.

After the tweet went viral, the information was shared with the district magistrate and other senior officials, who were directed to look into the matter, a senior police official said yesterday.

"We questioned the school's managing director Sumeet Makhija, who clarified that prayers of all four religions were recited at the school during the morning assembly as part of its 'Sarva Dharma Samman' ideology," the official said.

The school authorities said on Monday they have discontinued the practice of reciting verses from different religions during the assembly, and now only the national anthem will be sung.

The official later issued a statement on the Kanpur police's Twitter handle about the case being registered.