Sharing photos of the boat ride on Instagram, Shikhar Dhawan had commented: "Happiness is feeding birds." 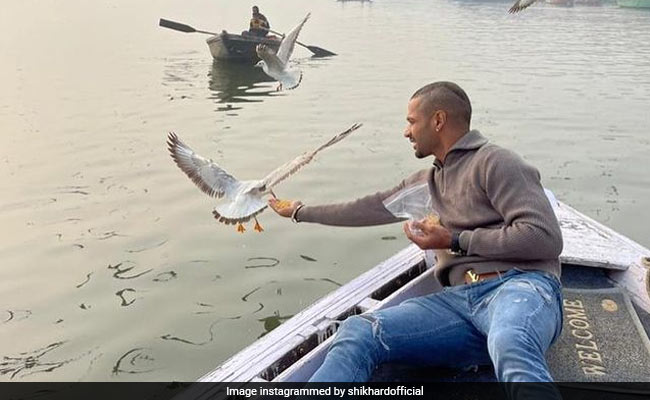 Cricketer Shikhar Dhawan's post sharing a photo of him feeding birds during a boat ride in Uttar Pradesh's Varanasi has landed the boatman in trouble. The city's administration has said the boatman will be charged as there are restrictions in times of bird flu.

Sharing photos of the boat ride on Instagram, Shikhar Dhawan had commented: "Happiness is feeding birds."

But the administration did not quite share his joy.

Varanasi district magistrate Kaushal Raj Sharma was quoted by news agency ANI as saying that action would be taken against boatmen who did not follow the administration's guidelines and allowed tourists on their boats to feed birds amid bird flu.  He also made it clear that the tourists - in this case Shikhar Dhawan - would not face any action.

"There was some information that some boatmen are not adhering to the administration's instructions and the tourists on their boats are feeding the birds. So, these boatmen are being identified and tourists generally are not aware of such things," Mr Sharma told ANI.

"However, it was made clear by the police and the administration to the boatmen that they should not allow the tourists on their boat to feed the birds. Whosoever flouted these rules will be served notice and they will be asked as to why their license should not be canceled... No action will be taken against the tourists."