According to data updated at 8 am, the total recoveries have climbed to 8,17,208, while there are 4,40,135 active cases of coronavirus in the country at present, the ministry said as the COVID-19 tally surged to 12.87 lakh. 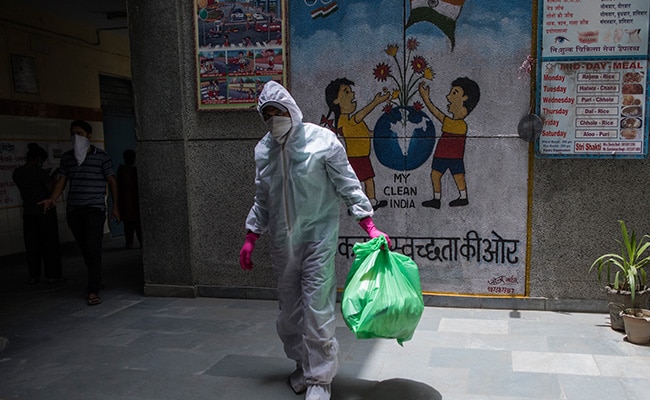 The case fatality rate has further declined to 2.38 per cent, the Union health ministry said. (File)

For the third day in a row, the number of COVID-19 recoveries in a 24-hour span saw another record high, with 34,602 patients having recuperated pushing the recovery rate to 63.45 per cent, the Union health ministry said on Friday.

The case fatality rate has further declined to 2.38 per cent, it said.

According to data updated at 8 am, the total recoveries have climbed to 8,17,208, while there are 4,40,135 active cases of coronavirus in the country at present, the ministry said as the COVID-19 tally surged to 12.87 lakh.

The ministry said as a result of constantly growing number of recoveries, the recovered patients outnumber the active cases by 3,77,073. "This difference is showing a progressively growing upward trend."

"This translates to 11179.83 tests per million (TPM) for India, which has seen a steady increase since the adoption of the ''test, track and treat'' strategy," the ministry said.

The rise in TPM has been achieved with a steady rise in the number of labs (1290 so far), and efforts by the Centre and state governments and union territory administrations to facilitate wide-spread testing through an array of options, it noted.

There are currently 897 labs in the government sector and 393 private labs.

As for the country registering increasing number of recoveries, the ministry said that efforts of states and union territories are bolstered by the central teams of experts sent to high case-load areas and through strategic discussions held by Central government through video conferencing with state and district officials.

"With the dedicated efforts of healthcare workers, the recoveries are improving and case fatality is continuously falling, which currently stands at 2.38 per cent," the ministry said.

The sustained rise in number of recoveries is the result of a well formulated and executed strategy of containment of COVID-19 by the state and union territory governments under the guidance of the Union government.

It primarily focuses on early detection through aggressive testing along with house-to-house surveys, contact tracing and surveillance of SARI/ILI cases to actively search for cases in the highly vulnerable categories. This is followed by effective containment plans and efficient clinical management through the ramped up three-tier health infrastructure and well executed standard of care protocol.

These have successfully aided in effective treatment in the hospitals and through home isolation which in turn has ensured that the hospitals remain unburdened for critical patients, the ministry said.