The judge invoked the inherent powers of the High Court to prevent abuse of the process of any court or to secure the ends of justice, and issued two separate orders to scrap the FIRs that were registered in April. 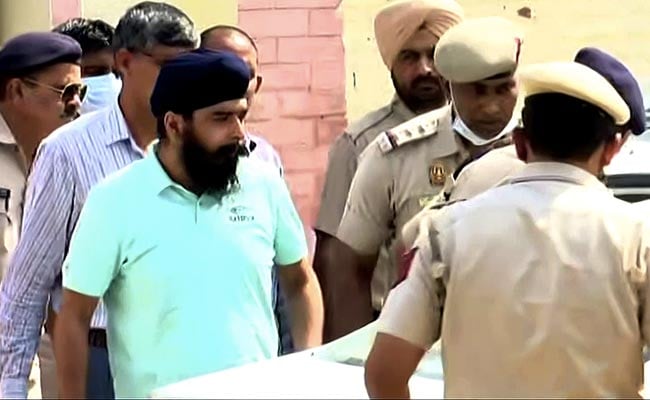 Elated with the ruling, Tajinder Bagga termed it as the ''victory of truth''.

Exonerating the two leaders, the court observed that there cannot be any democracy without freedom of choice and free speech.

Opposition parties in Punjab - Congress, SAD and the BJP - said it was a “huge embarrassment” for AAP convenor Mr Kejriwal and Chief Minister Bhagwant Mann and a “serious indictment” against the way Punjab Police was functioning under AAP's rule.

Elated with the ruling, Mr Bagga termed it as the ''victory of truth'' and the ''defeat of Kejriwal'' while Mr Vishwas advised Punjab Chief Minister Mann to protect the self-respect of Punjab from "narrow-minded people".

Justice Anoop Chitkara said that the court's non-interference in Mr Vishwas's case would result in a miscarriage of justice, while the continuation of criminal proceedings against Mr Bagga shall amount to an abuse of the process of law.

The judge invoked the inherent powers of the High Court to prevent abuse of the process of any court or to secure the ends of justice, and issued two separate orders to quash the FIRs that were registered in April.

Mr Vishwas, who is a well-known poet too, was charged by the Rupnagar police in Punjab for allegedly making "inflammatory statements" against Mr Kejriwal on news channels and social media platforms that linked the AAP leader to separatist elements.

Mr Bagga was charged with making provocative statements, promoting enmity and criminal intimidation following a protest outside the Delhi residence of the Aam Aadmi Party convener for his remarks on the film 'Kashmir Files'.

Mr Bagga's case made headlines after a Punjab Police team went to arrest the BJP leader from his residence in Delhi. But it was stopped by the Haryana police at Kurukshetra while he was being taken to Punjab. He was brought back to the national capital by Delhi Police hours later. These developments had triggered a political feud.

The Punjab police had on April 20 visited Mr Vishwas's home in Ghaziabad and summoned him for questioning.

Mr Viswas had moved the high court, alleging that it was a "politically motivated criminal investigation".

The judge also quoted former prime minister Jawaharlal Nehru and Benjamin Franklin, one of the founding fathers of the US, in his order, stating that there cannot be any democracy without freedom of choice and free speech.

“At the stroke of midnight, apart from liberty, we got Azadi of choice and Azadi of free speech and of expression; and we took a great leap forward by endorsing democracy, ushering equality and dignity, ensuring infinite opportunities to preserve and spearhead this fantastic diversity till eternity,” observed the judge.

“In a democracy, it is the pre-election times when people's information matters the most. The petitioner being a social educator, while sharing the alleged exchange that took place with his ex-associate, cannot be said to have spewed the venom.

"There is nothing to infer any intention to divide the classes on communal lines,” as per the order.

In the case of BJP leader Bagga, the judge said, “The purported statement of the petitioner is a protest against the statement made by the leader of AAP in power in Delhi and Punjab, where the BJP is in opposition."

"Being a political activist and an official spokesperson of a political party, as a shadow of the incumbent, it was well within his rights to make the people aware of the response of an opposite political leader. Democracy is all about informing the people and creating sentiments,” the judge said.

The judge also observed that there was no allegation that the petitioner had posted tweets by entering the state of Punjab, or any incident had taken place within its territories due to such tweets.

“Every post of the petitioner will not give territorial jurisdiction to the state of Punjab to investigate in the guise of the present FIR.

''Had the investigating agency of another State been given that much leverage, it would impact the federal structure under the Indian Constitution, where every state has the right to maintain law and order within its territorial boundaries,” the judge observed.

Mr Bagga was booked on the charges of making provocative statements, promoting enmity and criminal intimidation on a complaint of AAP leader Sunny Ahluwalia, a resident of Mohali.

“You can't run a professional force like Punjab Police as a private army”, he said in a statement.

Congress leader and leader of opposition in the Punjab Assembly Partap Singh Bajwa said the quashing of FIRs was a huge embarrassment not only for the Bhagwant Mann government but also for his political mentor Arvind Kejriwal.

“The whole world knew sending senior Punjab Police officials all the way to Delhi to nab Tajinder Pal Singh Bagga was a sheer political vendetta and was orchestrated on the directions of Arvind Kejriwal to settle personal scores,” he said.

“Similarly in the case of Kumar Vishwas, it was only on the direction of Arvind Kejriwal the Punjab Police had registered a case against the renowned poet,” he added.

Shiromani Akali Dal leader Daljit Singh Cheema said the HC verdict has proved that Kejriwal“indulged in vendetta politics and misused the AAP government in Punjab to fulfill its evil designs.” “It has lowered the image of state police in the eyes of the nation,” said Mr Cheema in a tweet.