Counting Of Votes For The Presidential Election Is Underway

The name of the next occupant of the Rashtrapati Bhawan would be known by 5:00 pm, with the counting of the votes underway in Delhi. 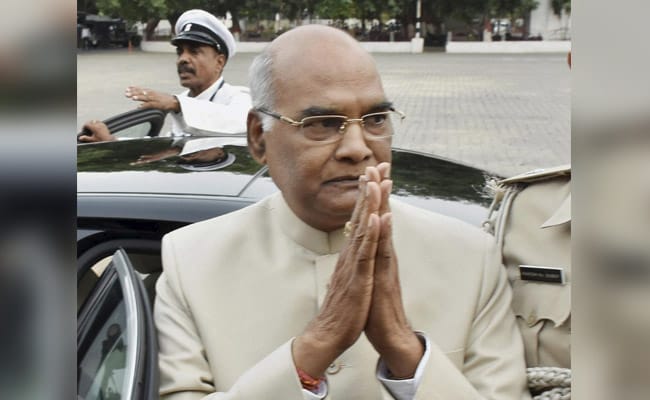 New Delhi: The counting of votes for the presidential election was underway in Delhi today with NDA's nominee Ram Nath Kovind contesting against the opposition candidate Meira Kumar.

The name of the next occupant of the Rashtrapati Bhawan would be known by 5:00 pm. The voting took place on Monday.

The votes would be counted on four separate tables and there would be eight rounds of counting.

Close to 99 per cent voting was recorded for electing India's next president.

32 polling stations, including the one in Parliament house, have been set up in various states.

A total of 4,896 voters -- 4,120 MLAs and 776 elected MPs -- were eligible to cast their ballot. MLCs of states with legislative council are not part of the electoral college.

Promoted
Listen to the latest songs, only on JioSaavn.com
While the value of an MLA's vote depends on the population of the state he or she belongs to, the value of an MP's vote remains the same at 708.

The numbers are stacked in favour of the ruling coalition's nominee Mr Kovind, a former Bihar governor, over the opposition candidate and former Lok Sabha Speaker Meira Kumar.