Around 50,000-60,000 moved from urban centers to rural areas of origin in the span of a few days," the World Bank said in a report released on Wednesday. 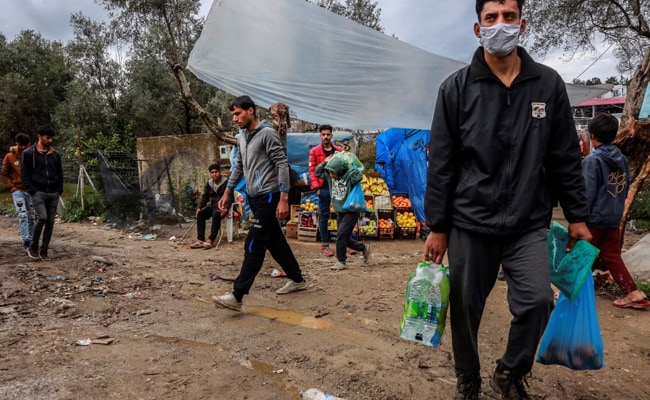 COVID-19 containment measures might have contributed to spreading the epidemic, the report said.

The nationwide lockdown in India which started about a month ago has impacted nearly 40 million internal migrants, the World Bank has said.

"The lockdown in India has impacted the livelihoods of a large proportion of the country's nearly 40 million internal migrants. Around 50,000-60,000 moved from urban centers to rural areas of origin in the span of a few days," the bank said in a report released on Wednesday.

According to the report -- ''COVID-19 Crisis Through a Migration Lens'' -- the magnitude of internal migration is about two-and-a-half times that of international migration.

"Lockdowns, loss of employment, and social distancing prompted a chaotic and painful process of mass return for internal migrants in India and many countries in Latin America," it said.

Thus, the COVID-19 containment measures might have contributed to spreading the epidemic, the report said.

Governments need to address the challenges facing internal migrants by including them in health services and cash transfer and other social programmes, and protecting them from discrimination, it said.

World Bank said that coronavirus crisis has affected both international and internal migration in the South Asia region.

As the early phases of the crisis unfolded, many international migrants, especially from the Gulf countries, returned to countries such as India, Pakistan, and Bangladesh - until travel restrictions halted these flows.

Some migrants had to be evacuated by governments, such as those of China and Iran, it said.

Before the coronavirus crisis, migrant outflows from the region were robust, the report said.

The number of recorded, primarily low-skilled emigrants from India and Pakistan rose in 2019 relative to the prior year but is expected to decline in 2020 due to the pandemic and oil price declines impacting the Gulf countries.

In India, the number of low-skilled emigrants seeking mandatory clearance for emigration rose slightly by eight percent to 368,048 in 2019.

According to the bank, migration flows are likely to fall, but the stock of international migrants may not decrease immediately, since migrants cannot return to their countries due to travel bans and disruption to transportation services.

In 2019, there were around 272 million international migrants.

The rate of voluntary return migration is likely to fall, except in the case of a few cross-border migration corridors in the South (such as Venezuela-Colombia, Nepal-India, Zimbabwe-South Africa, Myanmar-Thailand), it said.

Migrant workers tend to be vulnerable to the loss of employment and wages during an economic crisis in their host country, more so than native-born workers. Lockdowns in labour camps and dormitories can also increase the risk of contagion among migrant workers.

"Many migrants have been stranded due to the suspension of transport services. Some host countries have granted visa extensions and temporary amnesty to migrant workers, and some have suspended the involuntary return of migrants," it said.

Observing that government policy responses to the COVID-19 crisis have largely excluded migrants and their families back home, the World Bank said there is a strong case for including migrants in the near-term health strategies of all countries, given the externalities associated with the health status of an entire population in the face of a highly contagious pandemic.

The Bank said governments would do well to consider short, medium and long-term interventions to support stranded migrants, remittance infrastructure, loss of subsistence income for families back home, and access to health, housing, education, and jobs for migrant workers in host/transit countries and their families back home.

The pandemic has also highlighted the global shortage of health professionals and an urgent need for global cooperation and long-term investments in medical training, it said.