COVID-19 cases in West Bengal: Asked at her press conference how many attendees of the gathering organised by Islamic sect Tablighi Jamaat had been traced, Ms Banerjee responded angrily, saying, "Don't ask such communal questions." 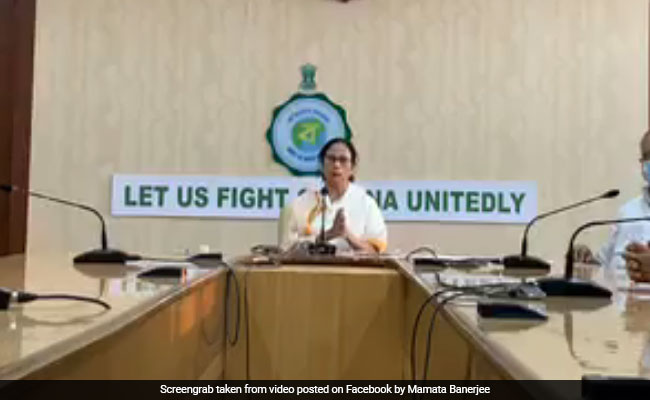 Bengal Coronavirus: Mamata Banerjee's answer on the attendees of the Delhi mosque event was edited out.

West Bengal Chief Minister Mamata Banerjee on Tuesday declined to share any update about the people from her state who had attended the religious gathering in Delhi last month, which has been identified as a hotspot for the spread of the highly contagious coronavirus.

Asked at her press conference how many attendees of the gathering organised by Islamic sect Tablighi Jamaat had been traced, Ms Banerjee responded angrily, saying, "Don't ask such communal questions."

A link to the press conference at the Bengal secretariat was posted on Ms Banerjee's official Facebook page but the question and answer on the attendees of the Delhi mosque event was edited out.

Opposition leaders of the BJP have raised the charge of minority appeasement against Mamata Banerjee over the Tablighi Jamaat issue.

Last week, Ms Banerjee did share some information. She had said the centre had informed the state that 71 people from West Bengal had gone to the mosque in Delhi's Nizamuddin area. The state government, she said, had managed to track down 54 of them. Forty out of these are foreigners, from Malaysia, Indonesia, Thailand and Myanmar and they had all been quarantined in Kolkata, she said , adding that she hoped other attendees would contact the authorities soon.

But ever since, there have been no updates on Tablighi Jamaat event attendees, something that drew attention of the opposition because reports from other states showed that a large number of the attendees were testing positive for coronavirus or COVID-19.

More than one-third of the total number of coronavirus cases in India is linked to Tablighi Jamaat. Bengal has reported 90 COVID-19 cases and three deaths.

Meanwhile, some reports claimed that 300 or so people who attended the religious congregation from Bengal have been tracked and quarantined at state government centres in Kolkata's Newtown area. Among them are 109 foreigners and 195 from West Bengal. There was no official confirmation of these figures by the state.

India has recorded over 4,700 coronavirus cases while the number of deaths rose to 124 on Tuesday.

Man Arrested For Allegedly Trying To Rape 14-Year-Old Girl In UP: Police