Read inOther Languages
This Article is From Apr 25, 2020

Coronavirus: Uttarakhand's Chardham Temples To Reopen Soon, But No Pilgrims Allowed This Year

Uttarakhand's Chardham yatra begins with the opening of Gangotri and Yamunotri temples on April 26 this year. Kedarnath will open on April 29 while the opening of Badrinath has been put off to May 15. 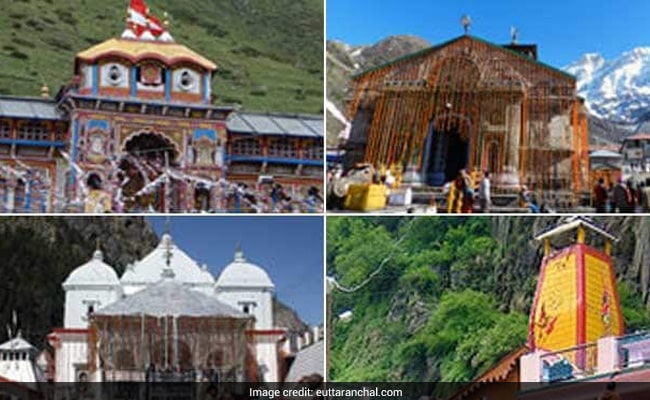 Uttarakhand's Chardham temples to reopen soon, but no pilgrims would be allowed this year

Uttarakhand's Chardham yatra is all set for a low-key opening this year with no pilgrims allowed to visit the Himalayan temples of Gangotri, Yamunotri and Kedarnath when their portals reopen after the six-month winter closure.

The opening ceremony of the four temples in Uttarakhand is an important annual event attended by tens of thousands of pilgrims but the extended lockdown to halt the spread of coronavirus has cast its shadow on the yatra this year.

Uttarakhand's Chardham yatra begins with the opening of Gangotri and Yamunotri temples on April 26 this year. Kedarnath will open on April 29 while the opening of Badrinath has been put off to May 15.

"In compliance with social distancing norms, we cannot allow pilgrims as of now to visit the temples. Only a select group of priests who have to perform the pujas at the opening ceremony and temple committee officials are being allowed," state tourism and culture minister Satpal Maharaj said.

When asked how long it will take the state government to permit pilgrims to visit the temples, he said it will depend upon the guidelines from the Centre after the extended lockdown is over.

"Our priority at the moment is opening the portals of the temples in accordance with religious beliefs and traditions associated with them. The rest of the decisions will be taken as per the Centre''s directives," Satpal Maharaj told news agency Press Trust of India.

With the spread of the virus dealing a blow to the yatra and tourism in general, he said an action plan is being drawn up on how to recover from the setback.

"We are considering a number of steps to offset the economic impact of social distancing on the yatra which will continue even after the lockdown is lifted," he said, adding, "One such step may be to shift focus to 'Dhyan Kendras' and meditation caves near the temples where social distancing can happen automatically," he said.

He said his ministry is also studying the impact of the prolonged lockdown on international tourism and the steps being taken by different countries to overcome the effects.

"We will devise our recovery strategy accordingly. Our priority as of now is to open the temple gates," the minister said.