3 Policemen On Lockdown Patrolling Attacked By Family In Rajasthan's Tonk

Deputy Chief Minister Sachin Pilot condemned the incident, saying the curfew has been imposed in view of the coronavirus pandemic for everyone's safety, and orders and guidelines must be followed. 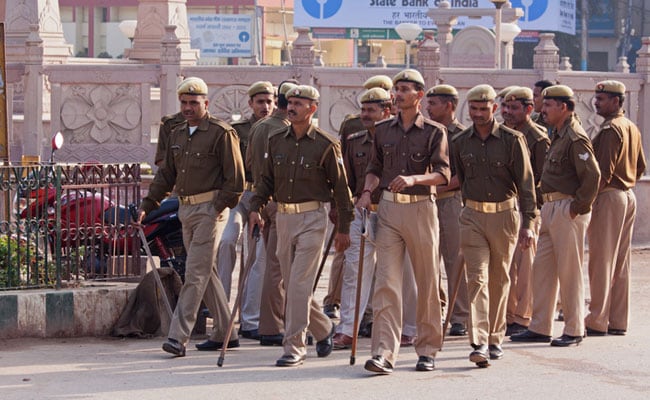 Three policemen, who were patrolling in Tonk district to ensure compliance of the curfew enforced in Rajasthan, were injured when a family attacked them on Friday, police said.

Deputy Chief Minister Sachin Pilot condemned the incident, saying the curfew has been imposed in view of the coronavirus pandemic for everyone's safety, and orders and guidelines must be followed.

The incident occurred in Kasai Mohalla and a video, purportedly of the incident, was shared widely on social media.

It purportedly shows one of the policemen dragging a man from the gate of his house as he starts screaming for help. His family members then attacked the security personnel.

Locals alleged that a man, Rashid, was entering his house with a packet of toast when he was attacked by the three policemen who were in civil dress.

Rashid's family mistook them for some hostellers who were rumoured on social media to target Muslims. However, the police termed it a misunderstanding.

"A police team was patrolling in the area to ensure compliance of curfew and there were some youths whom the police team questioned for moving around. A verbal spat broke out and some misunderstanding occurred ," DGP Bhupendra Singh said in Jaipur. He said that locals interpreted the situation differently and attacked the policemen.

Mr Singh said the attack was taken seriously and SP Tonk were issued necessary directions. He said the SP has been asked to ensure that no confusion occurs again among people.

Additional SP Tonk Vipin Sharma said that the injured policemen, Bhagchandand constables Rajendra and Ramraj, were admitted to a local hospital and eight people were arrested for the attack. He confirmed that the policemen were in civil dress.

"There are messages being shared on social medial for the last three-four days that some local boys have formed a group for targeting Muslim families. Today, the man had gone to buy toast and was entering his house when a policeman caught and dragged him away," a local, Mohsin Rasheed, said.

"Hearing his screams, his family members came out and thought that the three men were hostellers. They retaliated to protect Rashid who was also beaten up by the policemen," he alleged.

The police have arrested Khaleel, Faraz, Sanu, Khalid, Shafirehman, Aamad, Miyan and Shahzad and also detained nearly a dozen others for attacking the policemen.

"I condemn the unfortunate attack on police personnel on duty in Tonk. The injured policemen had to undergo medical treatment. I pray for their speedy recovery. An attack on #CoronaWarriors will not be tolerated. An inquiry has been ordered," Mr Pilot tweeted.

He said that action will be taken against anyone indulging in violence.

"Curfew has been imposed for everyone's safety, orders and guidelines must be followed. Police doctors, and the admin are doing their best to keep everyone safe. We need to stand united in this fight against #COVID19," he said.

I condemn the unfortunate attack on police personnel on duty in Tonk. The injured policemen had to undergo treatment, I pray for their speedy recovery. An attack on #CoronaWarriors will not be tolerated. An inquiry has been ordered. 7 persons named in the FIR have been detained.

Satish Poonia also condemned the incident and requested Governor Kalraj Mishra to intervene in the matter.

"This is an attack against humanity and they should be booked under National Security Act," he said in a video message.