Coronavirus: Areas that are declared hotspots will remain in curfew and no movement will be allowed in them. 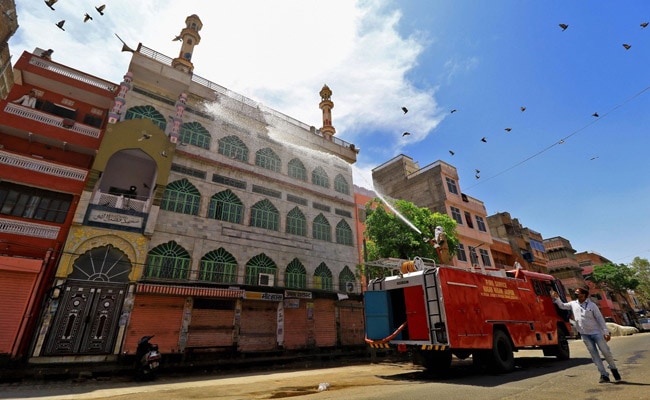 Rajasthan has been under the COVID-19 lockdown since March 22.

Rajasthan will allow industries located in the countryside to reopen next week, as well as resuming activities under the national employment guarantee scheme to reduce the pain for crores of people hit by the nationwide COVID-19 shutdown, the government said on Wednesday.

The relaxations, starting April 21, will come with certain restrictions to maintain physical distancing. Industrial units that want to operate will have to make provisions to house and feed workers within the facilities as they will not be allowed enter and leave factories every day.

Government departments will be opened in phases keeping physical distancing in mind, an official notification said.

In rural areas, public works projects and work on irrigation will be allowed to resume. Projects under the Mahatma Gandhi National Rural Employment Guarantee Act (MGNAREGA) will also be allowed with physical distancing provisions.

However, areas that are declared hotspots will remain in curfew and no movement will be allowed in them. Government officials too will not be allowed to move out of containment zones.

After three weeks of a nationwide lockdown on Tuesday to curb the spread of coronavirus, Prime Minister Narendra Modi extended the restrictions for 19 days more, saying it was critical to save lives amid the pandemic.

But he said he felt the pain of the poor and will review the curbs on April 20 to announce new guidelines allowing limited resumption of commerce and industry in the less affected hinterland. On Wednesday, the centre sad some industries in rural areas, e-commerce, IT and farming will be allowed starting next week.

The government said it will also allow the construction of roads and buildings in rural areas and the manufacture of IT hardware to reduce the distress of millions during a prolonged lockdown to slow the spread of coronavirus.

States will be responsible for ensuring that all safety and social distancing protocols are in place, the home ministry guidelines said.

Crores of people have been thrown out of work across India since the lockdowns began last month, and growing anger in some areas was reflected in the commercial capital of Mumbai on Tuesday when hundreds mobbed a train station demanding transport home.

Rajasthan recorded 41 new coronavirus cases on Wednesday, taking the state's tally to 1,046, an official said in the afternoon. The virus has so far claimed 11 lives in the state.

Jaipur has reported the highest number of 476 cases in the state, followed by 102 in Jodhpur, 64 in Kota and 59 in Banswara.