100 Times Rise In 2 Months: How India Has Scaled Up Coronavirus Testing

The spurt in testing comes even as the number of coronavirus cases continues to rise; over 16,000 new cases have been reported in the last three days 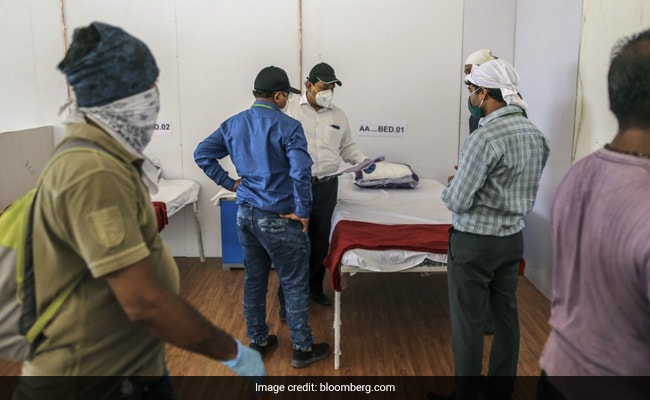 India has significantly ramped up COVID-19 testing since the first test on January 24 at Pune's National Institute of Virology, from a "one lab, one test" scenario at the start of the outbreak to one lakh tests per day in May.

There has been a steady increase in testing capacity over that period, starting with only four labs carrying out tests in the first week of February to 1,000 tests per day in March and one lakh tests daily tests this month.

Overall, according to the ICMR (Indian Council for Medical Research, the nodal body in this health crisis), India has conducted over 25 lakh COVID-19 tests so far.

In the past 60 days alone, India's testing capacity has increased by 100 times.

The spurt in testing comes even as the number of coronavirus cases continues to rise; over 16,000 new cases have been reported in the last three days, with the daily case-count crossing 6,000 for the first time on Thursday, according to Health Ministry data released this morning.

The data also shows India remains well behind other countries in testing.

In March the World Health Organisation (WHO) called on all countries to increase testing programs as the best way to slow the advance of the coronavirus pandemic. "We have a simple message to all countries - test, test, test," WHO Director General Tedros Adhanom Ghebreyesus said.

Coronavirus tests have increased to one lakh per day from 1,000 per day in March

The challenge of testing India's lakhs, spread out across one of the largest countries (by size) in the world, for the novel coronavirus has been backed by the government distributing around 40 tonnes of testing materials via 150 flights operating under the "Mission Lifeline Udaan" scheme.

A network of 16 storage depots for the testing materials have been set up across India to cut down on transit times and counter possible logistical issues and the danger of labs running out of materials.

"The remarkable story of how India became fully self-reliant in its testing capabilities, despite starting from scratch just a few months ago, is one about the steely resolve of multiple agencies, working together round the clock to save lives," the ICMR has said.

Globally, the number of COVID-19 cases has crossed 50 lakh, with 3.32 lakh deaths linked to the infectious virus. The United States, Russia and Brazil are the three worst-affected countries, with 15.8 lakh, 3.17 lakh and 3.1 lakh cases, respectively.

India is 13th on the list of affected countries.