28 cases of coronavirus have been detected in India out of which 16 are Italian tourists. 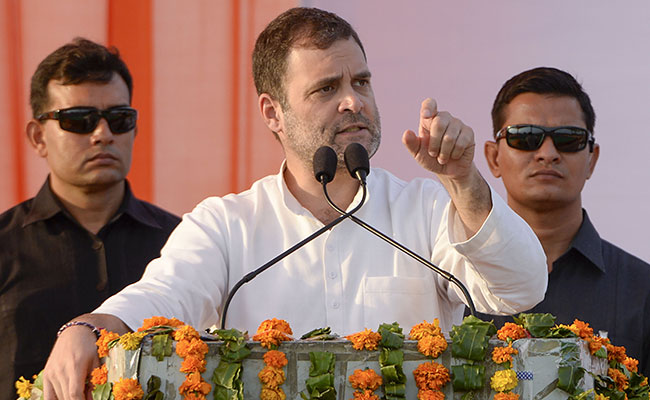 BJP MP Ramesh Bidhuri took a swipe at Congress leader Rahul Gandhi over his visit to violence-hit northeast Delhi on Wednesday. The leader claimed Mr Gandhi had visited Italy days ago, and said he must go through coronavirus test before visiting the area.

"Precautions must be taken...first you misguided people (on CAA)... your mother said people should be either this side or the other...first you instigate violence, than you go to show solidarity...before going there, I want to ask, you have come from Italy just six days back, have you taken screening test at the airport? Did you take precautions or you want to spread it (Coronavirus)?" Mr Bidhuri was quoted as saying by news agency ANI.

Seventy-nine people have died because of the new coronavirus in Italy, with more than 2,500 confirmed cases since the outbreak began 13 days ago. 2,981 people have died in China due to the virus.

28 cases of coronavirus have been detected in India out of which 16 are Italian tourists.

Mr Gandhi later visited northeast Delhi where 48 people were killed in four days of violence over the Citizenship Amendment Act. He said India's reputation has taken a hit because of the clashes.

"India's image takes a hit when there is violence in the country, in its capital. Brotherhood, love have been burnt here. This is the loss of Hindustan, Bharat Mata. Our reputation in the world has been burnt," the former Congress chief said after visiting a school that was vandalised in the Brijpuri locality.

"This school is the future of India. Hate and violence has destroyed it. This violence is on no benefit to Bharat Mata. Everybody has to work together and take India forward at this time," he added.

The BJP often targets Mr Gandhi over his foreign trips.

Responding to Rahul Gandhi's comment on Prime Minister Narendra Modi on Tuesday, BJP MP Babul Supriyo took on the Congress leader over his international trips and tweeted, "Brother, when you tweet from your holidays abroad, your network provider charges at least four times more for data usage...but 10 days/15 days international roaming packs are available...try availing that in your next trip...for your short stays in India, you may use normal data packs."