Amid the 21-day nationwide lockdown, Uddhav Thackeray has been assuring citizens that the state has enough food grain stock to survive the crisis 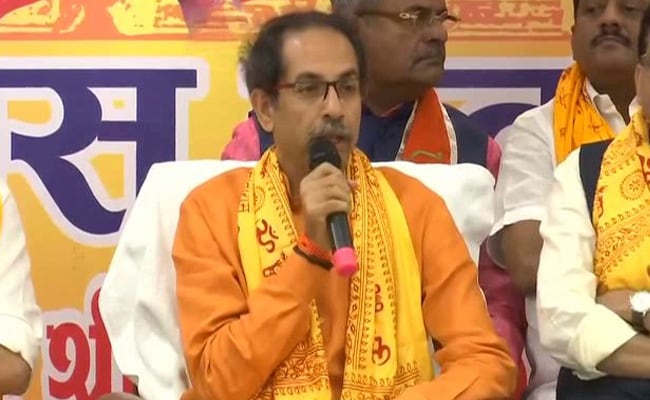 Uddhav Thackeray is using social media in times of social distancing to establish a rapport with people.

Maharashtra Chief Minister Uddhav Thackeray's handling of the coronavirus crisis in the state and the strategy of taking everyone along has been praised by leaders from various parties.

Amid the 21-day nationwide lockdown, Mr Thackeray has been assuring citizens that the state has enough food grain stock to survive the crisis, and using social media in times of social distancing to establish a rapport with people.

Revenue Minister Balasaheb Thorat, who is also the Maharashtra Congress president, told news agency PTI that though the state government is a three party-set up (comprising the Shiv Sena, NCP and Congress), the chief ministers word is final.

If all the 43 ministers start talking on different television channels, there would be chaos, he said.

"When the chief minister talks to district collectors, divisional commissioners, municipal commissioners across the state, I am present at the meeting along with Deputy Chief Minister Ajit Pawar and other bureaucrats," Mr Thorat said.

"Pawar then holds talks with me, Home minister (Anil Deskhmukh) and other officials to take stock of the lockdown in the state. The responsibility for each minister is to monitor situation in the district of which he is the guardian minister," he added.

Maharashtra has reported 124 coronavirus cases, the highest in the country so far.

Praising Mr Thackeray, local BJP functionary Dayanand Nene tweeted, "I have been your strong political critic. But in the past few weeks, you have won me over with your calm demeanour and strong decisions. We felt you were a puppet of SP but now feel that you are the best head to run Maharashtra."

A close aide of the CM said be it closure of schools and colleges, stopping international flights from landing in the state, or reducing crowd by shutting public transport, Thackeray has set an example of how to handle a crisis calmly.