The C-17 Globemaster, the largest military aircraft in the Indian Air Force's inventory, is expected to bring back Indians still stuck in the Chinese city. 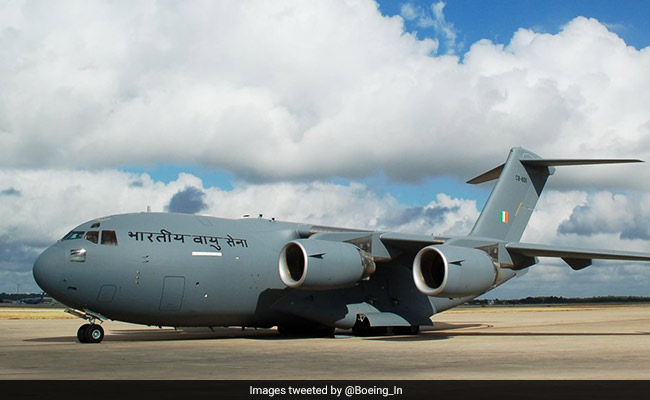 The IAF aircraft will bring back the remaining Indians on Thursday.

India will send a C-17 military transport aircraft to the Chinese city of Wuhan on Thursday to evacuate more Indians and deliver a consignment of medical supplies to China's coronavirus-hit people, official sources said.

The C-17 Globemaster is the largest military aircraft in the Indian Air Force's inventory. The plane can carry large combat equipment, troops and humanitarian aid across long distances in all weather conditions.

Sources told PTI that the aircraft will carry a large consignment of medical supplies to China and bring back more Indians from Wuhan, the epicentre of the coronavirus epidemic.

According to estimates, over 100 Indians are still living in Wuhan, some of whom decided not to return to India. A sizeable number of countries have evacuated their citizens from China and restricted movement of people and goods to and from China.

All the Indians who want to return to India will be brought back in the IAF aircraft on Thursday as Indian embassy has reached out to the Indian citizens stuck in Wuhan, sources said.

Chinese Ambassador Sun Weidong, addressing a press conference, said there was no case of any infection among the Indians in Wuhan as of today and that the authorities are taking "good care" of them. Sun appreciated India for extending solidarity and expressing readiness to assist China in dealing with the epidemic.

China's National Health Commission on Tuesday said the death toll due to the outbreak climbed to 1,868 on Monday while the total number of confirmed cases jumped to 72,436.

Last week, India announced that it will send medicines as well as other medical supplies for coronavirus-hit people in China.

In a letter to Chinese President Xi Jinping earlier this month, Prime Minister Narendra Modi expressed solidarity with people of China over the outbreak of the virus and offered India's assistance to deal with it.