19 Of 37 Land Immigration Checkposts To Remain Open Amid Coronavirus: Centre

Only four Indo-Nepal border checkposts will remain operational, and for citizens of Bhutan and Nepal visa-free entry to the country will continue, Home Ministry Additional Secretary Anil Malik said. 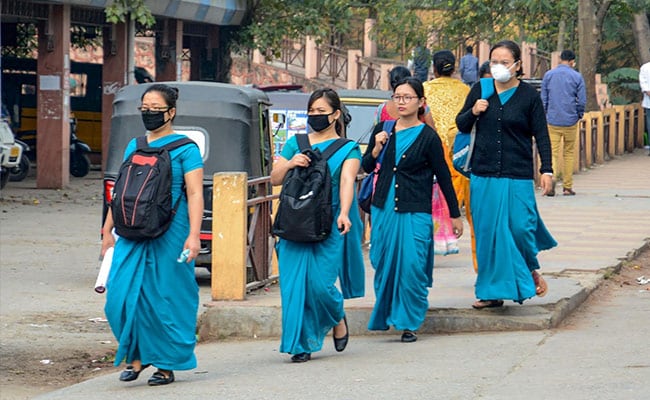 The number of novel coronavirus cases in the country rose to 85. (File)

The government on Friday announced that people will be allowed to travel through 19 of 37 land immigration checkposts from Saturday midnight and services of Indo-Bangladesh cross border passenger trains and buses will continue to remain suspended till April 15.

Only four Indo-Nepal border checkposts will remain operational, and for citizens of Bhutan and Nepal visa-free entry to the country will continue, Home Ministry Additional Secretary Anil Malik said, while listing out the measures taken by India to contain spread of the coronavirus.

Out of the total 37 land border check posts, only 19 will be open for international traffic, Anil Malik said, adding the decision on closing the Kartarpur corridor is under consideration.

"As of now, the status quo remains," he said.

Also the government has decided to continue suspension of Indo-Bangladesh cross border passenger trains and buses till April 15, or earlier, if so decided, Anil Malik said.

The number of novel coronavirus cases in the country rose 81, which includes the death of a 76-year-old man in Karnataka from Kalaburagi who had recently returned from Saudi Arabia.

The figure also include 16 Italians and one Canadian. It also includes three patients from Kerala who were discharged last month following recovery.

Joint Secretary in the Ministry of Health Lav Aggarwal said that in the view of huge traffic movement across land borders, screening facilities are being strengthened and thermal screening is also likely to be put in place soon.

"Limiting traffic movement to certain designated check posts will help us in better monitoring. Lakhs of passengers from across the land borders, especially in the five states bordering Nepal have been screened so far," he said.

"Continuous review and monitoring of the situation at the highest political and administrative levels perpetuated decisive preventive and pre-emptive actions in public interest such as travel restrictions, suspension of visas and self-quarantine measures," the official said.