No Hospital, People Get Covid Care On Cots Under Tree In UP Village

The devastating second wave of pandemic, which has brought even hospitals in big cities to breaking point, is ripping through the country's vast rural hinterland where healthcare is threadbare. 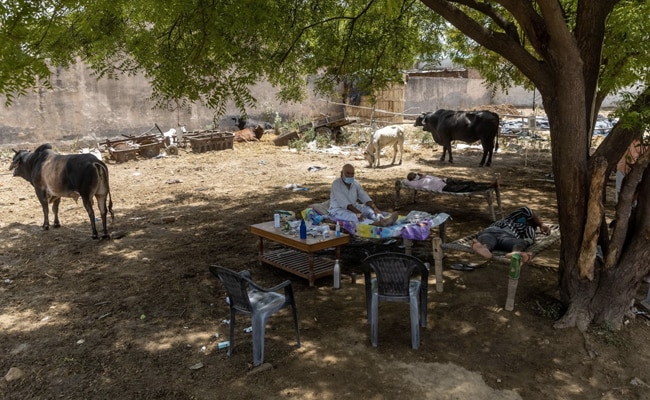 In a village in Uttar Pradesh engulfed by COVID-19, the sick lie on cots under a tree, glucose drips hanging from a branch. Cows graze all around, while syringes and empty medicine packets are strewn on the ground.

There is no doctor or health facility in Mewla Gopalgarh, a 90-minute drive from the national capital Delhi. There is a government hospital nearby but it has no available beds and the villagers say they cannot afford private clinics.

Instead, village practitioners of alternative medicine have set up an open-air clinic where they distribute glucose and other remedies to patients with symptoms of COVID-19.

Some believe lying under the neem tree, known for its medicinal properties, will raise their oxygen levels. There is no scientific basis for this belief or for some of the other remedies being offered. 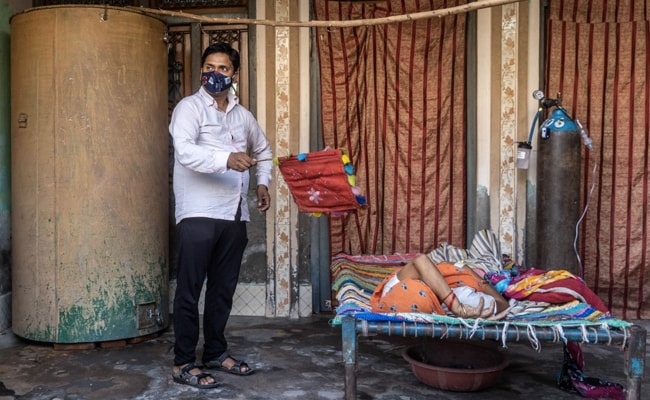 "When people become breathless, they have to go under trees to raise their oxygen levels," said Sanjay Singh, whose 74-year-old father died a few days ago after developing a fever. Singh said his father was not tested and died in two days.

"People are dying and there is nobody to look after us," he said.

The devastating second wave of infections, which has brought even hospitals in big cities such as Delhi to breaking point, is ripping through the country's vast rural hinterland where healthcare is threadbare. 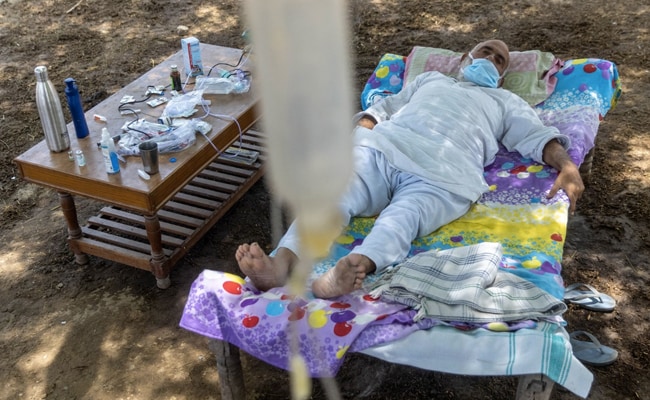 Harveer Singh, 65, a villager suffering from COVID-19 rests in a cot as he receives treatment at a makeshift open-air clinic.

Prime Minister Narendra Modi, who is facing criticism for failing to prepare for the second wave, said in a speech last week that the pandemic was spreading fast in the villages and urged people not to ignore the symptoms.

"Get the test done, isolate yourself and start medication on time," he said.

But in this village, people are making do as best they can. One woman had borrowed an oxygen cylinder from a neighbour whose condition had improved slightly, her family said. 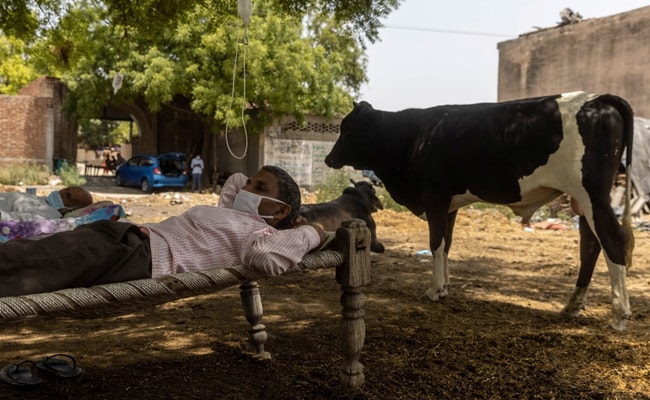 Roshan Lal, 48, a villager with a breathing difficulty rests in a cot as he receives treatment at a makeshift open-air clinic.

"Truth is, there has been no COVID-19 testing. We have tried but they told us they don't have enough staff," said 48-year old Yogesh Talan, a former headman of the village.

Over 100 Congress Leaders, Workers Detained In Gujarat For Protests On Fuel Prices