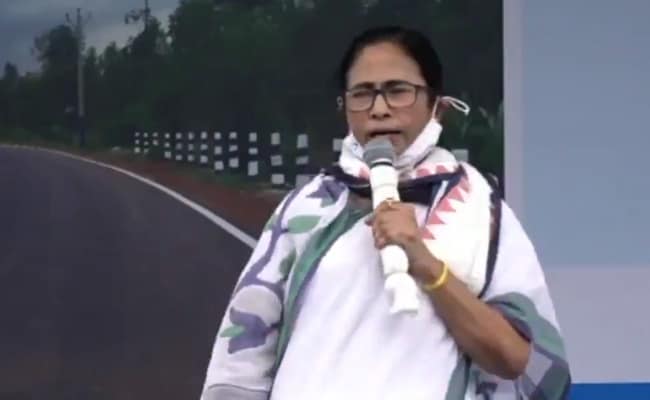 Ms Banerjee's decision to fully re-open theatres in the state comes a day after the centre directed the Tamil Nadu government to cancel a similar order, reminding the ruling AIADMK (an ally of the BJP) that cinema halls remained restricted to 50 per cent capacity under existing "unlock" rules.

"State/UT governments shall not dilute these guidelines... in any manner," a letter to the Tamil Nadu government from Union Home Secretary Ajay Bhalla said. That order was reversed this evening.

The current set of "unlock" guidelines - meant to allow a phased resumption of pre-Covid social and economic life - are in place till January 31.

The Bengal Chief Minister's decision to act in contradiction to the centre's rules - a formal notification is to be issued by Chief Secretary Alapan Bandopadhyay - will likely become another battleground between the Trinamool and the BJP ahead of Assembly polls in a few months.

The two parties have been locked in increasingly vicious rhetoric - punctuated by flashes of violence between workers - over the past few weeks. At stake is control of Bengal, where the BJP has never managed to establish its government.

That rhetoric bubbled over last month after the controversial exit (and cross-over to the BJP) of former minister Suvendu Adhikari. That was followed by the mass departure of nearly 60 leaders.

The Trinamool has put on a brave face, with Ms Banerjee virtually saying 'good riddance' to those who had left, and senior leaders saying they remain confident of winning the election.

The BJP is equally confident. Home Minister Amit Shah has set his party a target of 200 of 294 seats and warned opponents against underestimating them, particularly after they won 18 seats in last year's Lok Sabha election.

Bengal has reported over 5.58 lakh Covid cases since the pandemic began in December 2019, with around 9,800 of those deaths linked to the virus. The active caseload is around 8,500.