"We suspect that there is a new strain that is affecting people in a shorter duration of time," Maharashtra Health Minister Rajesh Tope told reporters. 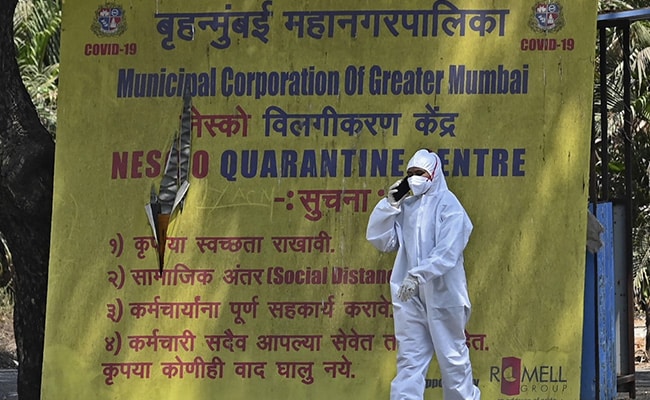 Maharashtra has emerged as the epicenter of a huge surge in Covid across the country.

A new Covid strain could be infecting people faster in Maharashtra, the state's Health Minister said today on the huge spike in cases alongside concerns over depleting vaccine stocks. He said samples were being tested to verify the theory.

"We suspect that there is a new strain that is affecting people in a shorter duration of time," Minister Rajesh Tope told reporters.

"Samples have been sent to the National Centre for Disease Control to ascertain this," he added.

In a recent interview to NDTV, Shashank Joshi, a member of the COVID-19 task force in Maharashtra, had said a "different strain" was responsible for the rapid rise in cases in the state.

''Clearly from day one I have been saying that this is a faster transmissible strain. One month back, on NDTV, I had said that there was a link between the Amravati variant and Covid and no one took it seriously. In fact, the government of India denied it and said that there is no such thing existing. The Vijay Medical College Microbiology team that time had identified clearly a strain which is similar to the UK strain, which is fast spreading. And in one month, you can see what has happened. We have the largest numbers. So clearly, there is a different strain. Whether it is home grown, or British strain or African strain, we don't know,'' Dr Joshi had said.

Maharashtra has emerged as the epicenter of a huge surge in Covid across the country. India's richest state reported 55,469 new cases and 297 deaths on Tuesday, two days after it stopped all non-essential services, ordered weekend lockdowns and a 8 pm to 7 am night curfew.

In India, there are 807 cases related to UK variants, 47 of the South African strain and one of the Brazilian variant. Studies suggest some of these new strains are more contagious.